Nicola Hudson, NCSC Director Policy and Communications, appeared on BBC's Rip-Off Britain to talk about tackling scams and what can be done to take them down. 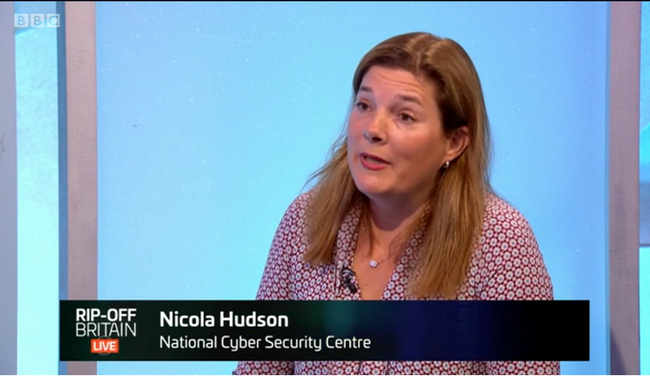 After the programme had highlighted a case in which Esther Rantzen’s image was used without her permission in an apparent scam, Nicola Hudson explained how fake celebrity online scams are becoming an increasing problem.

She described how the NCSC is helping to tackle the problem via its Suspicious Email Reporting Service (SERS), where members of the public can forward suspect emails – including those featuring celebrity scams – to report@phishing.gov.uk. People can also forward suspicious text messages to 7726.

You can watch the episode on BBC iPlayer.