Shining examples of safety and wellbeing in the nuclear industry were yesterday honoured at a top awards ceremony.

The first Safety and Wellbeing Awards, held by the Nuclear Decommissioning Authority (NDA), recognised the exceptional work being done across the group.

Eleven winners picked up awards in front of around 250 people at the ceremony, held in Manchester. All were chosen for their achievements and successes in keeping the workforce safe and well.

There were many highly commended teams and individuals from across the NDA group, including from our subsidiary Radioactive Waste Management (RWM). 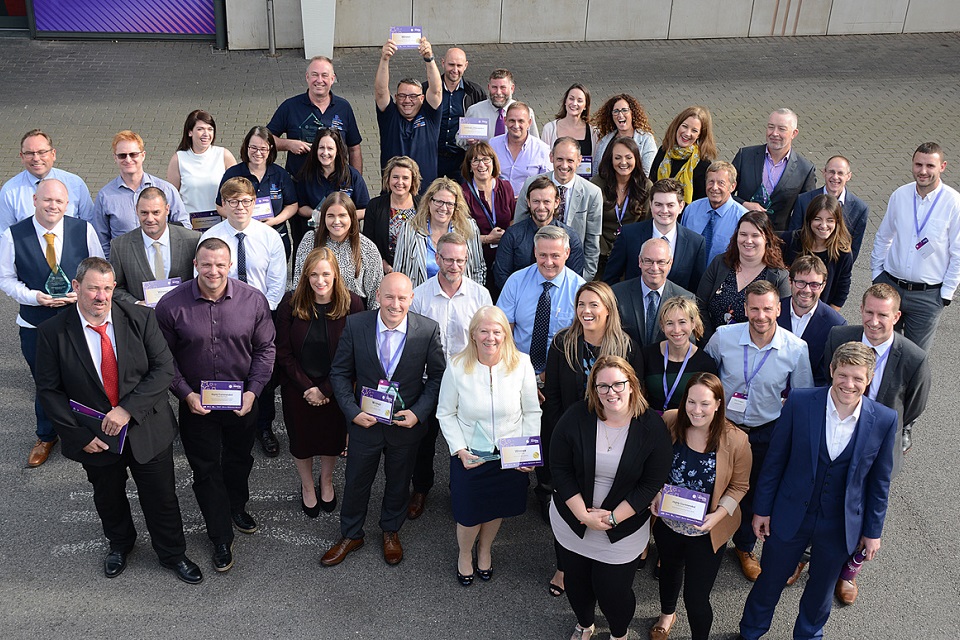 All winners from NDA Safety Awards 2019

The winners were chosen from 70 nominations as being the most outstanding projects and innovations from across the NDA’s group of businesses.

Our role in cleaning up the UK’s nuclear legacy is of national importance. It’s our duty to carry out this highly complex mission safely.

These awards have highlighted the inspiring work within the NDA group and the shared drive to put safety and wellbeing at the forefront of everything we do.

Delegates heard from leading experts in the field of safety and wellbeing during the event including Professor Denise Bower OBE, Executive Director of the Major Projects Association, Michael Boaden, of MIND mental health charity, and DC Ian Chappell, of Cumbria Police.

The event also saw a safety exhibition featuring leading projects and innovations from across the NDA group, wellbeing workshops and wellness activities.

Magnox and the Nuclear Decommissioning Authority have announced a £13,500 cash boost to help support vulnerable groups in the Romney Marsh area.

Dounreay has been recognised by His Royal Highness The Duke of Rothesay for its support for the community during the Coronavirus pandemic.

Beyond Sellafield: Why invest in tourism?

Innovative nuclear competition launch – are you ready for the challenge?

A £3.9 million competition was launched yesterday to find innovative ways to sort and segregate radioactive waste at some of the UK’s oldest nuclear sites.

Why social impact is good business

‘Can we help?’ Why Sellafield Ltd’s approach to social impact matters