Strimvelis, a treatment for an ultra-rare inherited immune deficiency condition that has been dubbed ‘bubble baby syndrome’ has been approved by NICE in draft guidance. 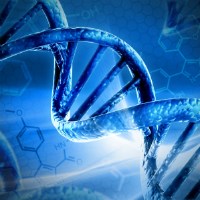 Children with ADA-SCID, severe combined immunodeficiency due to adenosine deaminase deficiency, are extremely vulnerable to infection and usually live in isolation to minimise the risk, hence the nickname ‘baby in a bubble’.

Up until now the only treatment has been a stem cell transplant but these are risky and it is not always possible to find a good match.

Now NICE has approved a new treatment for those children who cannot find a good match. It could mean children with ADA-SCID have the chance of going to school and socialising without the constant fear of catching a simple infection that could prove life threatening.

Around 3 babies a year in England are born with ADA-SCID and if left untreated infants die before school age. Their quality of life is affected by developmental delay, chronic diarrhoea, failure to thrive and recurrent infections.

The draft guidance, which is the first time NICE has applied its new, higher cost effectiveness limits for treatments for very rare conditions, recommends Strimvelis when no suitable matched related stem cell donor is available.

Strimvelis is only the second gene therapy for an inherited disease to be licensed anywhere in the world. The treatment involves removing bone marrow cells and modifying them outside the body to produce working ADA enzyme. The modified cells are then returned to the patient via an infusion drip into a vein.

Costing €594,000, the treatment is usually given once only and the effects are thought to be life-long. Strimvelis has to be given at a hospital in Milan, so people will travel to Italy to have the treatment..

Professor Carole Longson, director of the centre for health technology assessment at NICE, said: “Strimvelis represents an important development in the treatment of ADA-SCID, offering the potential to cure the immune aspects of the condition and avoid some of the disadvantages of current treatments. This means that children born with ADA-SCID will now have a better chance of being able to lead as near normal a life as possible, going to school, mixing with friends, free from the constant threat of getting a potentially life-threatening infection.”

The draft guidance is available for public consultation until 13 November.

The treatment has been considered as part of NICE’s Highly Specialised Technologies programme that looks at treatments for very rare diseases that are commissioned nationally by NHS England.