Patients with advanced kidney cancer will have routine NHS access to the drug everolimus following recommendations by NICE, rather than apply to the Cancer Drugs Fund (CDF). 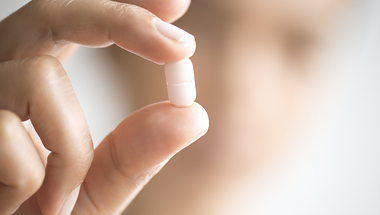 The National Institute for Health and Care Excellence (NICE) has approved everolimus (also called Afinitor, and manufactured by Novartis Pharmaceuticals) for routine use on the NHS as an option for patients with advanced renal cell carcinoma (RCC).

Everolimus is one of a series of drugs that has gone through a reappraisal process, where NICE is assessing the cost and clinical effectiveness of drugs currently in the old CDF.

RCC starts in cells lining the small tubes in the kidney that help to make urine. In the advanced stage of the disease, the tumour spreads to other parts of the kidney, in some cases spreading to nearby lymph glands.

Everolimus is a daily oral tablet and works by interfering with the growth of new blood vessels within a tumour, and so prevents it spreading.

NICE originally published guidance not recommending everolimus in April 2011, because it did not provide enough benefits to justify its cost. It was then made available in the CDF.

After the decision to reform the CDF, NICE began reappraising all old CDF in April 2016. As part of the reappraisal, Novartis Pharmaceuticals submitted a further discount to the cost of everolimus.

Professor Carole Longson, director of the Centre for Health Technology Evaluation at NICE, said: “Advanced renal cell carcinoma is a relatively rare cancer and unfortunately there are limited treatment options for this condition.

“The company engaged positively with the process of reconsidering drugs in the CDF, demonstrated their drug to be cost effective, and as such we were pleased to make a positive recommendation. This decision, when implemented, will allow funding in the CDF to be freed up, which can then be spent on other new and innovative cancer treatments.

“Our decision means that many patients can feel reassured that they can now get NHS access to everolimus."

The final draft guidance is now with consultees, who have the opportunity to appeal against it. Once NICE recommends a treatment 'as an option' in final guidance, the NHS must make sure it is available within three months (unless otherwise specified) of its date of publication.