NICE calls for further research on management options for tinnitus

Higher quality evidence would allow NICE to make recommendations on a range of therapies that could help people with tinnitus. 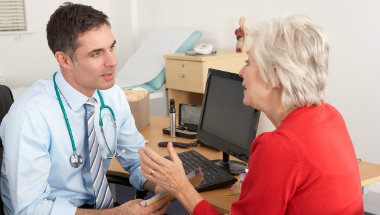 NICE’s new draft guideline covers the assessment and management of tinnitus, which refers to the sensation of noises in the ears or head that do not come from an outside source.

Tinnitus is sometimes associated with problems with concentrating, listening or sleeping and for some people it can have a significant impact on their mental wellbeing.

To address these symptoms, the draft guideline advises healthcare professionals to develop a management plan with the patient to explore different approaches that may help.

For example, psychological therapies, such as cognitive behavioural therapy (CBT), are recommended for people with tinnitus that causes them distress.

For people with tinnitus-related hearing loss, hearing aids are recommended.

The committee was unable to recommend the use of neuromodulation therapies to control the symptoms of tinnitus, as there was not enough evidence that showed how well they work. These devices aim to reduce symptoms by applying electrical, acoustic and/or magnetic energy to the head or neck. Instead, neuromodulation therapies have formed one of the committee’s key recommendations for further research.

Dr Paul Chrisp, director of the Centre for Guidelines at NICE, recently said:

“The type and severity of tinnitus varies from person to person, and there is no single approach that works for everyone. Further research on treatments such as neuromodulation would allow us to make recommendations on a greater range of options that could potentially benefit people with tinnitus.”

Other recommendations for research include gathering evidence on the combined use of tinnitus support with sound therapy, which aims to use different sounds to reduce tinnitus awareness, and the clinical and cost effectiveness of psychological therapies for children and young people.