NICE has today (25 June 2020) issued draft guidance for public consultation which does not recommend siponimod (also called Mayzent and made by Novartis) for treating secondary progressive multiple sclerosis (MS). 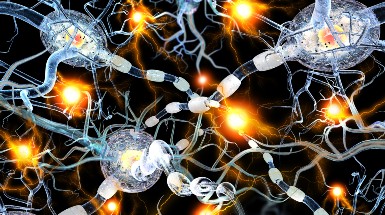 Sipoonimod is licensed to treat this type of MS in adults with evidence of active disease, which means they have relapses or features of inflammatory activity that show up on an MRI scan.

Interferon beta-1b is currently the only disease-modifying treatment available for people with active secondary progressive MS. However, few people take it because it can cause side effects such as flu-like symptoms.

Clinical trial results show that siponimod reduces the number of relapses and slows disability progression compared with placebo. However, because there is no evidence directly comparing siponimod with interferon beta-1b, it is uncertain how effective siponimod is compared with that treatment.

The committee has requested further analyses to be included in the company’s economic model. These include comparing siponimod with best supportive care and assuming that there is a reduction in its treatment effect over time.

Meindert Boysen, deputy chief executive and director of the Centre for Health Technology Evaluation at NICE, said: “We know there are currently few, if any treatments available for people with this form of MS, and that siponimod is a promising drug that has the potential to address this unmet clinical need. We are, therefore, committed to working with the company to help them address the issues identified by the committee that are highlighted in this draft guidance.”

Siponimod costs £1,643.72 per pack of 28 tablets at its list price. The company has agreed a confidential commercial arrangement which would have made siponimod available at a discounted price.

Secondary progressive MS, which is estimated to affect around 9,000 people in England, is a stage of MS which comes after relapsing remitting MS for many people with the condition. With this type of MS a person’s disability gets steadily worse and they’re less likely to have relapses (when symptoms get worse but then get better).

The draft guidance is now open to public consultation until 17 July 2020.

Director of our Centre for Guidelines, Paul Chrisp, discusses how NICE can help the NHS and wider care sector restore services most affected by the COVID-19 pandemic.

Call for abstracts for HTAi 2021 Annual Meeting in Manchester

Feeling safe and being heard in residential care is crucial

Be aware of the signs of abuse and neglect in adult care homes, says NICE

Staff and visitors can play a vital role in the identification and prevention of abuse and neglect in care homes for adults says NICE, in a draft guideline published today.