NICE yesterday (26 October) published draft guidance for public consultation which does not recommend tucatinib (also called TUKYSA and made by Seagen Inc), in combination with trastuzumab and capecitabine, for some types of breast cancer that has spread. 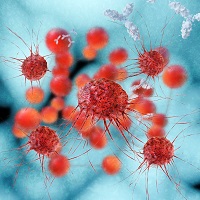 Tucatinib is licensed for treating HER2-positive locally advanced or metastatic breast cancer in people who have received at least 2 prior anti-HER2 treatments. The draft guidance concludes that people taking tucatinib combination have longer before their disease gets worse and live longer overall. However, how much longer people live is uncertain.

The cost-effectiveness estimates for tucatinib combination are higher than NICE normally considers an acceptable use of NHS resources, even when the higher weighting given to end-of-life treatments is applied.

Breast cancer is called ‘HER2-positive’ when cancer cells overexpress a protein called HER2 (human epidermal growth factor receptor 2). This stimulates the cancer cells to grow and spread. HER2-positive tumours are typically more aggressive than other types of breast cancer. An estimated 47,000 people are diagnosed with breast cancer each year in England and around 1 in 5 breast cancers are HER2 positive.

Tucatinib is a type of drug called a tyrosine kinase inhibitor and works by blocking a specific area of the HER2 gene in cancer cells, which stops the cancer cells from growing and spreading.

Around 400 people would have been eligible for treatment with tucatinib in combination with trastuzumab and capecitabine.

“Unfortunately there is no cure for breast cancer that has spread to other parts of the body. There is a lack of additional anti‑HER2 treatments which can postpone the need for chemotherapy, especially for people whose cancer has spread to their brain because their treatment options are even more limited.

“Tucatinib is a promising, innovative new treatment that has the potential to increase the length of time before the disease gets worse and how long people live overall. We will continue to work with the company as they seek to address the issues highlighted in today’s draft recommendations.”

The draft guidance is open for public consultation until Tuesday 16 November 2021.

Changes to the way medicines and other health technologies are evaluated by NICE for use in the NHS were approved by its Board yesterday (19 January 2022).