NICE yesterday (27 April 2021) published its updated guideline on the diagnosis and management of atrial fibrillation (AF). 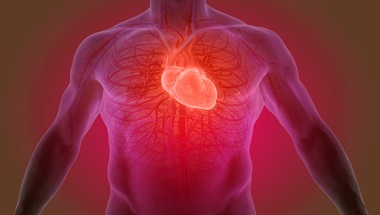 The updated guideline addresses several areas where new evidence has become available since publication of the previous guideline in 2014. These include the use of tools to calculate the risk of bleeding when considering the use of anti-clotting drugs (anticoagulants), the role of newer anti-clotting drugs, and the use of treatments that aim to destroy or isolate the abnormal sources of electrical impulses in the heart that may be driving AF (ablation).

Accurate knowledge of bleeding risk supports shared decision making and has practical benefits (for example, increasing a person’s confidence and willingness to have anti-clotting treatment when risk is low and prompting a discussion of how to reduce the risk of bleeding when risk is high). Evidence shows that a tool called ORBIT is the most accurate one for predicting the risk of bleeding in people with AF. However, the guideline acknowledges that other bleeding risk tools, including HAS-BLED which NICE’s previous guideline recommended, may need to be used until ORBIT is embedded in clinical pathways and electronic systems used by clinicians.

The guideline recommends that anticoagulation with drugs called direct-acting oral anticoagulants should be offered to people with atrial fibrillation who have a high risk of stroke, taking into account the risk of bleeding. For men with a moderate risk of stroke, the guideline recommends that anticoagulation with a direct-acting oral anticoagulant should be considered. Apixaban, dabigatran, edoxaban and rivaroxaban are all recommended as options, when used in line with the criteria specified in the relevant NICE technology appraisal guidance.

A vitamin K antagonist (for example warfarin) is recommended as an alternative if direct-acting oral anticoagulants are contraindicated, not tolerated or not suitable.

When drug treatment is unsuccessful, unsuitable or not tolerated in people with symptomatic intermittent or persistent atrial fibrillation the updated guideline says radiofrequency point-by-point ablation (which uses heat energy to precisely disable heart tissue that causes irregular heartbeats) should be considered or, if this isn’t suitable, either cryoballoon ablation (a type of ablation which uses freezing energy rather than heat) or laser balloon ablation (which uses catheters inside the heart to ablate tissue using a laser guided by a camera) can be considered.

Atrial fibrillation is the most common heart rhythm disorder (affecting approximately 2% of the adult population), and estimates suggest its prevalence is increasing. Atrial fibrillation causes palpitations and breathlessness in many people but it may be silent and undetected. If left untreated it is a significant risk factor for stroke and other morbidities: it is estimated that it is responsible for approximately 20% of all strokes and is associated with increased mortality. Men are more commonly affected than women and the prevalence increases with age and in underlying heart disease, diabetes, obesity and hypertension.

The aim of treatment is to prevent complications, particularly stroke, and alleviate symptoms.