Children with the rare genetic disorder spinal muscular atrophy (SMA) can now be treated with nusinersen after NICE yesterday (15 May) recommended it following agreement of a deal between the company, Biogen, and NHS England. 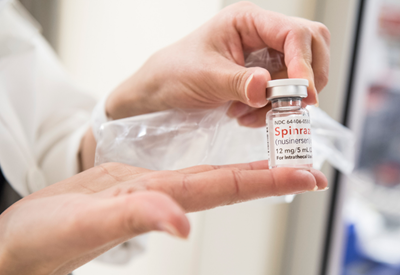 Nusinersen (also called Spinraza) is the first treatment that targets the underlying cause of SMA.

SMA affects the nerves in the spinal cord controlling movement. This causes muscle weakness, progressive loss of movement, and difficulty breathing and swallowing.

People with the most severe forms of SMA usually die before the age of 2. There are currently no active treatments targeting the underlying cause of SMA so the condition is managed through supportive care which aims to minimise the impact of disability, address complications and improve quality of life.

It is estimated there are there are between 600 and 1200 children and adults in the UK living with SMA.

NICE had previously not been able to recommend nusinersen for routine use because of uncertainties over its long-term effectiveness and its high cost.

Yesterday’s announcement follows the agreement of a deal between NHS England and Biogen which will see the NHS fund treatment with nusinersen for a time-limited period, allowing further data to be collected on its effectiveness.

The treatment will be made available to the youngest and most severely affected (SMA type 1) patients immediately by Biogen, with NHS England offering funding on NICE’s publication of final guidance next month.

For older babies, children and young adults with less severe symptoms (SMA types 2 and 3), the NHS will begin to roll out nusinursen shortly after NICE’s guidance is published.

“We are very pleased that we can now recommend nusinersen for people with SMA.

“The committee has recognised that nusinersen is a promising treatment that has been shown to improve a range of outcomes important to patients. But it also recognised that there are significant uncertainties, particularly around its long-term benefits.

“All along we have felt it important to give all parties every opportunity to try to find a way to mitigate these uncertainties in order to make nusinersen available to patients in England.

“Today’s announcement shows that, where companies show appropriate flexibility, it is possible to find a way to provide important treatments to patients in a way that is cost effective for the NHS and taxpayers."

“This promising treatment has the potential to be life changing for children and their families.

“The NHS has now reached one of the most comprehensive deals in the world, which allows us to assess real-world evidence of its long-term benefits.”