Wednesday 26 May 2021 @ 09:15
National Institute for Health and Clinical Excellence (NICE)

Inducing women in labour earlier than previously advised will make birth safer for them and their babies, according to draft guidelines published by NICE yesterday (25 May 2021). The updated recommendations strengthen previous advice in the light of new evidence on induction timings. 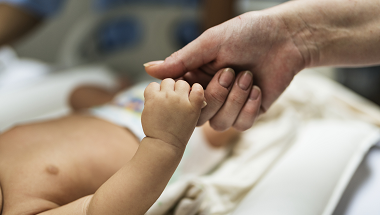 The draft guideline, an update of the 2008 version, recommends that women with uncomplicated singleton pregnancies should be offered induction at 41 weeks and the induction should take place as soon as possible. Previous guidelines advised induction between 41 and 42 weeks, and that women who had chosen not to be induced should be monitored after 42 weeks. If women choose not to have induced labour their decision should be supported and their care options discussed with them.

Recent research which compared induction times and outcomes showed higher infant mortality after 42 weeks if the woman had not been induced.

The NICE independent advisory guideline committee also recommended that more research should be done to establish at what gestational age induction of labour should be offered in the groups of women who may be more likely to experience adverse outcomes if their pregnancy continues. These groups include women of black, Asian and ethnic minority backgrounds, women with a BMI over 30, and women aged over 35 years.

Dr Paul Chrisp, director of the Centre for Guidelines at NICE, yesterday said:

“It’s vitally important that pregnant women faced with the possibility of induced labour are offered advice based on the latest evidence. By advising induced labour one week earlier, we can help ensure that women and babies are safer from harm and have the best possible outcomes during birth.”

The second major update to the guideline involves recommendations around women who have experienced intrauterine fetal death. The committee identified an increased risk to women who experience this and who have previously had a caesarean birth, as they were more likely to suffer a uterine rupture. The draft guidance recommends that they should be advised of this risk when discussing birth options.

Previous advice recommended that in these circumstances women should be offered pharmacological interventions to induce labour, namely mifepristone followed by a prostaglandin (dinoprostone or misoprostol) and careful monitoring. However, the committee found no evidence about any pharmacological interventions in this group and noted that dinoprostone and misoprostol are now contraindicated for women who have a uterine scar.

The committee recommended research into the best methods for inducing labour in women who experience intrauterine fetal death having had a previous caesarean birth.

“It’s tragic when a woman suffers intrauterine fetal death and we need to make sure they are fully supported. We also need to make sure they – and healthcare staff – are fully aware of the risks of different interventions and can make informed decisions accordingly. However, it’s clear that more research should be done to establish the safest and most effective way to induce labour in higher risk women who have experienced intrauterine fetal death, which is why we’ve made the recommendation to this effect.”

The draft guideline is now open for consultation and can be commented upon here.