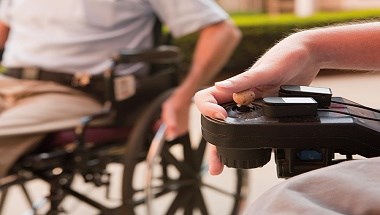 Today’s decision follows NICE’s commitment to re-evalutate ataluren and decide whether it should be available for routine funding on the NHS following a 6-year period during which it was available under a managed access agreement (MAA). This agreement, which ends in January 2023, meant that people could have the treatment while more data to resolve issues about its effectiveness was collected. Around 60 children have been able to have ataluren under this arrangement.

One of a group of muscular dystrophies, Duchenne muscular dystrophy is a severe, progressive muscle-wasting genetic condition caused by the lack of a protein called dystrophin. It leads to gradual loss of muscle function with children often needing to use a wheelchair by early adolescence and eventually needing help to breathe.

Costing around £220,000 per patient per year at its list price (there is a confidential discount to the price of ataluren agreed with NHS England which would have applied if NICE had recommended it), ataluren is the first licensed treatment for DMD that addresses the loss of dystrophin. It works by allowing the body to read over the mutation in the DNA and continue to produce dystrophin.

The data collected as part of the MAA, together with new real-world evidence (evidence collected outside clinical trials) on ataluren and feedback from clinicians and people with the condition and their carergivers has been reviewed for this draft guidance.

It suggests that ataluren is likely to slow down how quickly the disease gets worse and delay the time at which the ability to walk is lost. Evidence for improvements in later stages of the disease and improved survival with ataluren is limited and highly uncertain. However, the committee agreed that ataluren may also improve outcomes, such as preventing scoliosis and maintaining upper body strength, once the ability to walk has been lost.

“We know that today’s provisional decision not to recommend ataluren will be disappointing for people with this devastating condition and to the people who care for them.

“The Committee heard from and took into account the testimonies of patient experts who described how ataluren provided hope to people with DMD and their caregivers because it slowed down disease progression and allowed caregivers more time to adjust to different stages of the disease. They also heard that one of the most important aspects of managing DMD is maintaining their child’s ability to walk because this means they can continue to go to school independently and participate more fully in social and sporting activities with family and friends.

“However, after considering all the available evidence, and the opinions of the clinical and patient experts, the committee concluded that the benefits provided by ataluren over standard treatment do not justify the current cost of ataluren.

“We will continue to work closely with the company and NHS England to try to resolve the issues identified by the committee in this draft guidance. In the meantime, I would encourage anyone with an interest in this topic to submit their comments to us as part of this consultation.”

NHS England and PTC therapeutics have agreed an arrangement to enable people who are currently having ataluren as part of the managed access agreement to continue to be able to have the treatment for as long as clinicians view them to be benefiting, even if NICE is unable to make a positive final recommendation. The managed access period ends on 20 January 2023 and people newly diagnosed up to that point are able to start and continue treatment.

Simplifying our offer for the life sciences industry

Around 3,000 people could be eligible for a new life-extending combination therapy to treat rare forms of gastroesophageal cancer after NICE published final draft guidance today (24 November 2022)

A balloon inflated underneath a baby’s head after they have become stuck in the pelvis during labour could be used to safely deliver them, NICE has said

Three treatments for COVID have been recommended in draft NICE guidance released today for public consultation.

People with osteoarthritis who are eligible for knee surgery could be offered specially adapted shoes to help with their painful and stiff knees following a draft recommendation by NICE.

NICE has recently published final draft guidance which recommends pembrolizumab as an option for people with a type of breast cancer called triple-negative breast cancer.

Draft guidance released for consultation today (Friday 4th Nov) states the technologies can be used with support from a mental health professional, while further evidence is generated to check if the benefits they offer are realised in practice.