Patients will have routine access to more cancer drugs as companies have dropped their prices as part of the reformed Cancer Drugs Fund (CDF) process. 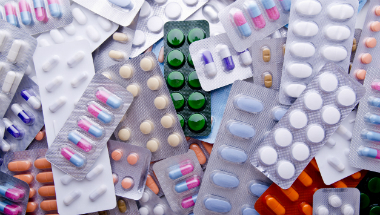 The CDF was established by the Government in 2010 as a temporary solution to help patients access cancer drugs that were not widely available on the NHS. However the Fund quickly exceeded its original £200 million budget.

In 2016 reforms were put in place which required NICE to carry out appraisals for the drugs in the existing Fund and all newly licensed cancer drugs.

Two drugs from the CDF have yesterday been recommended for routine use, bringing the total to 14 CDF drugs approved so far from the 24 NICE will look at.

“Companies are cooperating well with our reviews and the good news for patients is that more cancer drugs than ever are being recommended for routine use.

“As drugs move off the CDF, we free up funding for new drugs coming down the pipeline, so patients will have faster access to promising cancer drugs and the NHS makes the most of its resources.”

The recommendations are opening up access to drugs for breast, lung and kidney cancers.

Appraisals continue for the remaining drugs. None have been rejected in final guidance.

Both drugs were placed on the CDF list after changes to their licence meant NICE’s original guidance was no longer valid. For the review both companies provided new evidence as well confidential discounted prices which meant NICE could recommend them both.

Deborah Alsina MBE, chief executive at Bowel Cancer UK, said: “This announcement is very welcome as currently less than one in ten people with advanced bowel cancer survive for five years or more. Ongoing access to these medicines is very important as it offers hope for longer term survival and for some even the chance of a full remission. The advancement of targeted therapies is an important development in the treatment of people with bowel cancer and is part of an ongoing shift from everyone receiving the same treatment to people beginning to receive treatment right for them based on their genetic profile.”

NICE expects to publish final guidance for cetuximab and panitumumab in April 2017.

Changes to the way medicines and other health technologies are evaluated by NICE for use in the NHS were approved by its Board yesterday (19 January 2022).