NICE sets out how to diagnose and treat Lyme disease 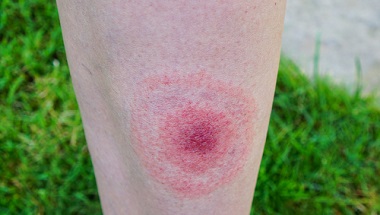 It outlines when doctors can diagnose Lyme disease without the need for tests and when they should investigate further.

Lyme disease spreads to humans through an infected tick bite. It affects up to 3,000 people a year in England and Wales, according to Public Health England.

Saul Faust, Professor of paediatric immunology and infectious diseases at the University of Southampton and chair of the guideline committee, said: “Lyme disease may be difficult to diagnose as people can have common and unspecific symptoms, like a headache or fever, and they may not notice or remember a tick bite.

“Our draft guidance will give GPs and hospital doctors clear advice on how to diagnose if they think Lyme disease is a possibility.”

If a person has had a tick bite and a circular red rash, known as erythema migrans, the draft guidance recommends doctors diagnose and treat Lyme disease with antibiotics.

Specific tests to help diagnose Lyme disease are also outlined in the draft guidance. These tests, called ELISA and immunoblot, look for antibodies created by the body’s immune system to fight the infection.

If these tests come back negative, but unexplained symptoms persist, the draft guidance advises doctors seek a second opinion from a specialist.

Professor Gillian Leng, director of health and social care and deputy chief executive, said: “Lyme disease is easy to treat. However, if left undiagnosed, it can lead to more serious symptoms. This can include heart problems, arthritis and problems affecting the nervous system, for example, weakness on one side of the face.

“We want people to be diagnosed early so they get the right treatment as soon as possible. This is why our draft guidance makes a clear set of recommendations on when to diagnose Lyme disease, and when to rule it out.”

Doctors should not diagnose Lyme disease simply if a person has been bitten by a tick but has no other symptoms, the draft guidance also says.

The proposed advice is out for consultation until 6 November. Stakeholders and members of the public are invited to comment.

The new guidelines cover the provision of radiotherapy services and bone marrow transplant during the COVID-19 pandemic.

We have listened to concerns raised by patient groups about the application of our rapid COVID-19 critical care guideline.

NICE has today (19 March 2020) published its guideline on the diagnosis and management of abdominal aortic aneurysms (AAA).

NICE has today (18 March 2020) announced that Professor Gillian Leng, CBE, has been appointed as its new Chief Executive.

“I don’t want to talk about that right now.”

Fiona Loud from Kidney Care UK explains what PREM stands for and how it has impacted care in the UK.