NICE signs up to join the GetReal Institute 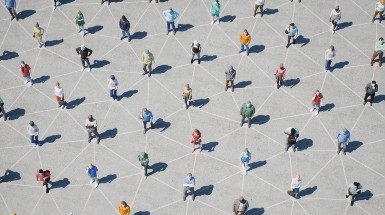 NICE yesterday (Wednesday 28 April, 2021) announced it will join with nine other organisations to form the GetReal Institute as a founding member.

NICE’s new five-year strategy sets out how the organisation wants to have a leadership role in data, research and science. The strategy aim will involve driving the research agenda, using real world data to resolve gaps in knowledge and drive forward access to innovations for patients.

NICE’s ambition for this area complements the GetReal Institute’s core mission to facilitate the adoption and implementation of real-world evidence (RWE) in health care decision-making in Europe.

Joining NICE, the following organisations have expressed their intention to sign up as founding members (pending finalisation and execution of membership agreements):

Additional participating organisations will be announced in due course.

The GetReal Institute will initially prioritise efforts in three areas:

“NICE is highly regarded around the globe and is seen as a world leader in health technology evaluation and the development of clinical guidelines.

“Our involvement in the GetReal Institute fits very well with our newly launched five-year strategy and will benefit work in the Science, Evidence and Analytics directorate.

"As well as looking at evidence generation for pharmaceuticals, the GetReal Institute will have an opportunity to expand its remit to incorporate medical technologies and digital health interventions. These are two areas where NICE shares a mutual interest of better data and research.

“Our role within the GetReal Institute will enhance our ability to work with like-minded organisations to tackle challenges in the area of real world evidence which need unified support in order to ensure the needs of patients are met in 2021 and beyond.”

The GetReal Institute is a not-for-profit organisation and is based in the Netherlands.