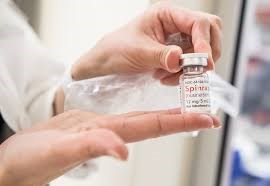 Draft guidance does not recommend nusinersen, also called Spinraza and made by Biogen, for routine use on the NHS because of uncertainties over its long-term effectiveness and its extremely high cost.

The committee concluded that, based on its list price, the cost-effectiveness estimates for nusinersen ranged between £400,000 and £600,000 per year of quality adjusted life (QALY) gained. Even with a proposed confidential price reduction the cost of nusinersen is too high for it to be considered a cost-effective use of NHS resources.

However it is hoped further negotiations can be held between NICE, the company and NHS England.

Meindert Boysen, director of the centre for health technology evaluation at NICE, said: “The committee accepted that SMA is both rare and a very serious condition that can have a severe impact on people with it, as well as on family members and carers, and that there is an unmet need for effective treatments.

“The committee was willing to be flexible because of the nature of the condition and the paucity of the evidence, but the very high cost of nusinersen meant it could not recommend the drug as a cost effective use of NHS resources.

“Nusinersen is a promising treatment that has been shown to improve a range of outcomes important to patients. We are actively engaging with Biogen to discuss how they might address the uncertainties identified by the committee, while demonstrating the potential for nusinersen to be considered cost effective and managing the risk to the NHS of allowing access to this treatment.”

The committee noted that the evidence showed nusinersen provided a substantial clinical benefit but felt there were a lot of uncertainties around its long-term benefits. The cost of nusinersen is also extremely high.

SMA affects the nerves in the spinal cord controlling movement. This causes muscle weakness, progressive loss of movement, and difficulty breathing and swallowing.

People with the most severe forms of SMA usually die before the age of 2. There are currently no active treatments targeting the underlying cause of SMA so the condition is managed through supportive care which aims to minimise the impact of disability, address complications and improve quality of life.

It is estimated there are there are between 1,200 and 2,500 children and adults in the UK living with SMA.

Nusinersen is the first treatment to address the cause of motor neurone degeneration in SMA; it is injected directly into the spine and is a lifelong treatment.

The draft guidance is open for public consultation until 11 September.

We have listened to concerns raised by patient groups about the application of our rapid COVID-19 critical care guideline.

NICE has today (19 March 2020) published its guideline on the diagnosis and management of abdominal aortic aneurysms (AAA).

NICE has today (18 March 2020) announced that Professor Gillian Leng, CBE, has been appointed as its new Chief Executive.

“I don’t want to talk about that right now.”

Fiona Loud from Kidney Care UK explains what PREM stands for and how it has impacted care in the UK.

Around 10,000 people could benefit from new migraine drug as NICE says it’s cost-effective

Helping patients to be heard: What the new NICE guidance means for people with tinnitus