Proposals to open up a 50 mile stretch of coast between Salcott and Jaywick have been unveiled by Natural England.

Once established this final stretch of the path will complete a 295 mile (474 kilometres) coastal route along the Essex coast. Which would start at the landing jetty for Tilbury Ferry and finish on the Essex/Suffolk border near Manningtree.

An 8 week period for the public to have their say on the England Coast Path proposals started recently Wednesday, October 14, 2020.

The route would become part of the England Coast Path which is a 2,700 mile long distance walking route. It is also England’s newest National Trail which is currently being developed around the entire English coast by Natural England.

The coastline between Salcott and Jaywick follows the estuaries of the River Colne and part of the Blackwater. This path would be the first continuous route around these estuaries.

The nature of the route gives views of familiar places from different angles this includes the coast. Views across the River Colne to Ballast Quay, Fingringhoe.

At Point Clear and near Jaywick, the open coast directly borders the sea with extensive areas of sandy beach. Brightlingsea, Wivenhoe and West Mersea are popular centres for sailing and other water sports.

In the creeks along this stretch there are many shellfisheries, with Mersea Island in particular being renowned for oysters.

The extensive intertidal mudflats, sandflats and saltmarshes, together with adjacent grazing marshes and arable farmland, are very important for migrant waterbirds.

These habitats often support large flocks of birds during the winter months and the spring/autumn migration periods. This provides a birdwatching spectacle as the birds add movement and variety to the open landscape.

The stretch is also a good place to see a variety of raptors particularly during the winter. It also provides nesting habitat for several unusual breeding birds including marsh harrier, barn owl, nightingale, terns and ringed plover. 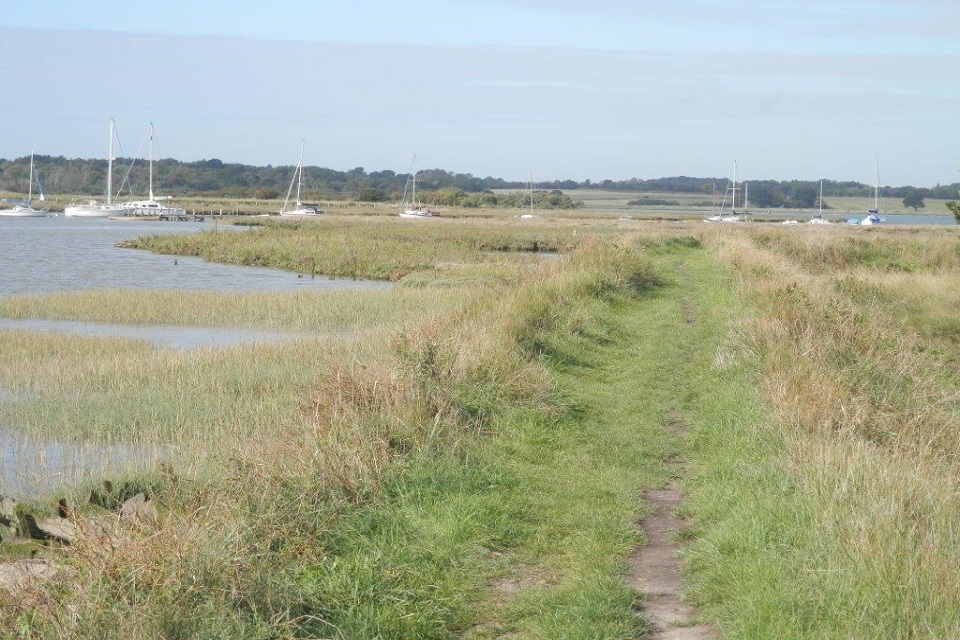 We are delighted to be publishing today our eighth full and final set of proposals for the England Coast Path in Essex.

Once established, the trail will give people an opportunity to enjoy the unique nature, landscape and history that this part of the coast offers.

We would like to thank everyone for their time and input in to this process so far. Over the next 8 weeks, we are inviting all organisations, farmers, local residents, visitors and businesses to have their say.

It’s important that all responses are taken into account, and we look forward to hearing people’s views.

We wholeheartedly welcome today’s proposals. To improve the access to our beautiful Essex coastline, so that more people can see and share in the rich landscapes the county has to offer.

Anyone may make representations to Natural England about the reports during the 8 week period.

Owners and occupiers of affected land may make objections about the reports on specified grounds. Objections will be considered by a planning inspector before the secretary of state makes a final decision.

All representations and objections must be received by Natural England no later than midnight on Wednesday 9 December 2020.

The full reports and all the forms and guidance on how to make a representation or objection within the next 8 weeks are also available on the GOV.UK website: search for ‘Salcott to Jaywick’.

Survey reveals inequality in children spending time outside during pandemic

Natural England sets out fresh vision for our natural environment

Natural England's vision for the next five years seeks to help all children, wherever they live, to enjoy the benefits of a thriving natural environment.

Newt conservation and sustainable development in Norfolk and Suffolk

A Natural England licensing scheme is now underway in Norfolk and Suffolk which will help better conserve the UK’s threatened population of great crested newts.

Public love for nature during Covid-19 highlighted by new survey

Survey revealed that during April-June 2020 almost nine in 10 adults in England reported that protection of the environment is important to them personally.

A fund of up to £40 million that will create jobs in nature recovery and conservation opens today.

Trailblazing new government-backed scheme to benefit both people and wildlife in the Solent.