The Environment Agency has launched the first in a series of new support leaflets to help North East communities be better prepared for flooding.

It’s part of the 30Days30Ways National Preparedness Month campaign which sees the North East Flood Engagement Team share vital messages about what to do in a flood on their twitter page @FloodawareNE.

The campaign and leaflet will kick start a series of events through winter around flood and weather warnings, Flood Wardens and flood history to raise awareness of why communities need to be ready to ‘Prepare, Act, Survive’ in the event of flooding.

Co-ordinated by partner organisations through Local Resilience Forums, 30Days30Ways is aimed at empowering people to build household and community preparedness and resilience in a world increasingly impacted by climate change – the biggest challenge we face today – and other risks. 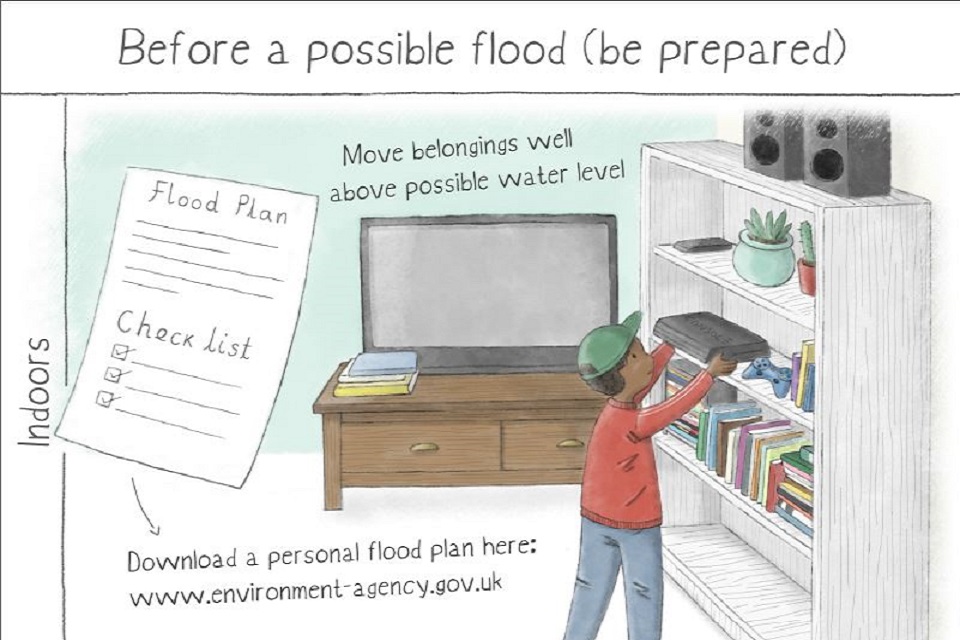 ‘It’s vital people have the information they need’

It’s vital that people have the information they need to be prepared for a flood so we’re launching the leaflet and linking in with the 30Days30Ways campaign in September ahead of the onset of winter to get this important advice out.

We want to make sure communities have access to reliable information to help them understand, prepare for and recover from flooding.

From our work with communities, we know how devastating it is to be flooded and the impact it has on lives and livelihoods, so we’re working hard to raise awareness of how to plan for such events.

The launch of the ‘What to do in a flood’ leaflet in the North East explains in simple terms with illustrations the practical steps people can take now and includes:

The leaflet, which was funded by the Northumbria Regional Flood and Coastal Committee (RFCC), is also full of useful links where people can get more information. It’s part of a series of new leaflets which help people to understand their flood risk and what they can do to prepare and keep safe.

The Environment Agency’s new National Flood and Coastal Erosion Risk Management Strategy for England, which was launched in July, has community resilience at its core. It sets out a vision of a nation ready for, and resilient to, flooding and coastal change and includes expanding the flood warning service, increased investment in natural flood management, and use of property flood resilience measures.

The strategy was published on the same day the government announced details of the £5.2billion that will be spent on flood protection between 2021 and 2027, alongside a further £200million for innovative resilience measures in 25 areas, as reforms to the FloodRe insurance programme.

A study to understand options available to improve recreational use and boost water quality and wildlife at a popular Northumberland lake has started.

The Environment Agency’s £1.1 million scheme to improve the resilience of the sea defences at Seawick, Essex has started.

Environment Agency gets ready for winter

The Environment Agency in the North East is preparing for winter in a series of training sessions to make sure they are ready to respond to incidents.

The Environment Agency has published the responses of a public consultation regarding an application by Augean North Ltd.

Creating Climate Resilient Places: a new direction for a nation

Adapting to 4°C of global warming

Emma Howard Boyd, Chair of the Environment Agency, delivered a speech at the Committee on Climate Change’s “Adapting to 3°C+ of global warming” conference, 13 October 2020.

A new campaign aimed at keeping people safe from flooding at the coast has been launched.