The report, published 15 October, by the Catchment Based Approach’s Chalk Stream Restoration Group sets out recommendations of how to enhance these precious habitats.

Chalk streams are a rare and valuable habitat, often referred to as the equivalent of England’s rainforests. It is estimated that 85% of the world’s chalk streams are in England and around 29% of these are in East Anglia. Most water we drink in the East comes from rainwater stored deep beneath our feet in natural chalk ‘aquifers’, which feed our chalk streams. Chalk streams also need good water quality for different species of fish, plants and insects to flourish. However they face significant challenges in the 21st century due to complex problems worsened by climate change and population growth.

The Environment Agency has been involved in a number of local partnership projects to help restore chalk streams, including 2 in Norfolk. 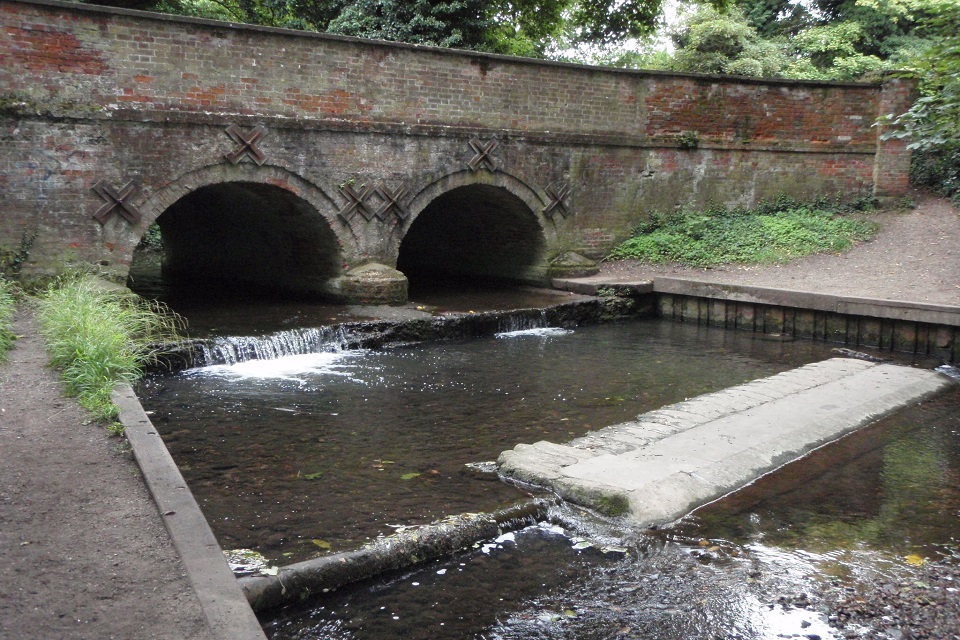 The River Tiffey before the work was carried out.

A £1.6 million restoration project on the Upper Bure’s rivers and streams led by National Trust was launched earlier this year. The river has been heavily modified over time, meaning that the fish population has suffered. The 4 year restoration programme will help towards achieving a ‘good’ status under the water regulations.

Earlier this year the Environment Agency and the Norfolk Rivers Trust completed a joint project to improve fish migration through the upper River Tiffey. A fish pass was installed in the chalk stream, meaning that many different fish species can now navigate through the river system. 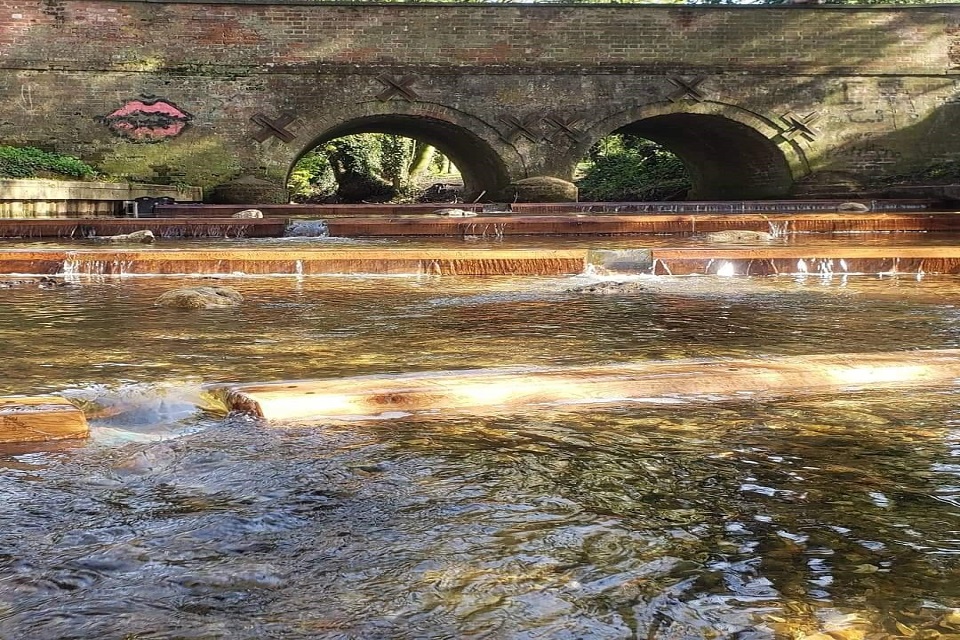 The River Tiffey after the work.

Improvements in chalk streams across East Anglia are being made, but more needs to be done.

We are working with water companies, abstractors and catchment partnerships across the East of England to deliver a range of actions. This includes tackling pollution, carrying out river restoration projects and, in some cases, changes to abstraction licences.

We are also liaising with Water Resources East to plan for longer term solutions to address pressures on the water environment in the East of England.

Recommendations in the strategy include enhanced status to drive investment in water resources in order to help reduce pollution and eliminate over abstraction. As well as restoring physical habitat and biodiversity.

The strategy has bought together partners including the Environment Agency, Natural England, Defra, water companies and environmental organisations.

England is home to 85% of the world’s chalk streams and their future depends on collective action from water companies, farmers, and landowners as well as government and regulators.

No one should undermine the value of chalk streams, and today’s report adds clarity and certainty about what is expected of all their users.

The National Framework for Water Resources encourages water companies to open up new infrastructure to reduce reliance on chalk aquifers. This is 1 of the many good proposals in today’s report that needs collective action.

Chalk streams are a unique natural feature. Most such rivers in the world are found here in England, we have a particular responsibility to ensure that they are in good health.

These habitats are subject to a complex range of pressures. From pollution arising from road run-off, agriculture and sewage, to low flow resulting from abstraction for public water supply and physical damage to the water courses.

We look forward to working with others to ensure this new strategy leads to the kind of joined-up partnership action needed to address these pressures. This includes protecting and restoring chalk streams for future generations to enjoy.

Wildlife is set to thrive after a river habitat restoration project was completed along the River Yare near Earlham.

More than 1,000 trees to be planted in Suffolk

The Environment Agency has planted over 600 trees in Suffolk so far this year with hundreds more planned this winter.

An Environment Agency scheme to better protect businesses and homes from flooding on two industrial estates in Hexham is taking a step forward with the Final Business Case approved and funding secured for the £5.2million Flood Alleviation Scheme.

Officers from the Environment Agency and Darlington Borough Council are targeting illegal fishing activity on the River Skerne.

Miller Homes Limited has been fined £200,000 for polluting a Huddersfield watercourse for more than 1km, after an investigation by the Environment Agency.

A Dorset man who ran an illegal dumping ground has been ordered to pay more than £3,000.

No time for complacency about flooding

Vulnerable fish populations given shelter from extreme weather, including flooding.