Two new ‘Nightingale Courts’ in Winchester and Liverpool will begin hearing cases this week as part of a government move to tackle the impact of coronavirus on the justice system.

Located temporarily at the Winchester Guildhall and St George’s Hall in Liverpool, they will free up jury rooms in nearby crown courts – allowing more cases to be heard and delivering quicker justice for victims.

It brings the total number of Nightingale Courts, set up nationwide to alleviate pressure on courts and tribunals resulting from the pandemic, to 16.

These additional facilities will help to boost the capacity of these courts – reducing delays and ensuring speedier justice for all.

This is the latest step in our plan to work with the judiciary and legal sector in pursuing every available option to ensure our courts recover as quickly as possible.

We are delighted to be able to accommodate, support, and host HMCTS in the Crown Court of St George’s Hall.

During the COVID-19 pandemic, it is amazing how organisations have been able to adapt and cooperate to ensure that key services are supported.

It is also fantastic to see the magnificent Crown Court of the Hall come to life again and perform its original function as a court. 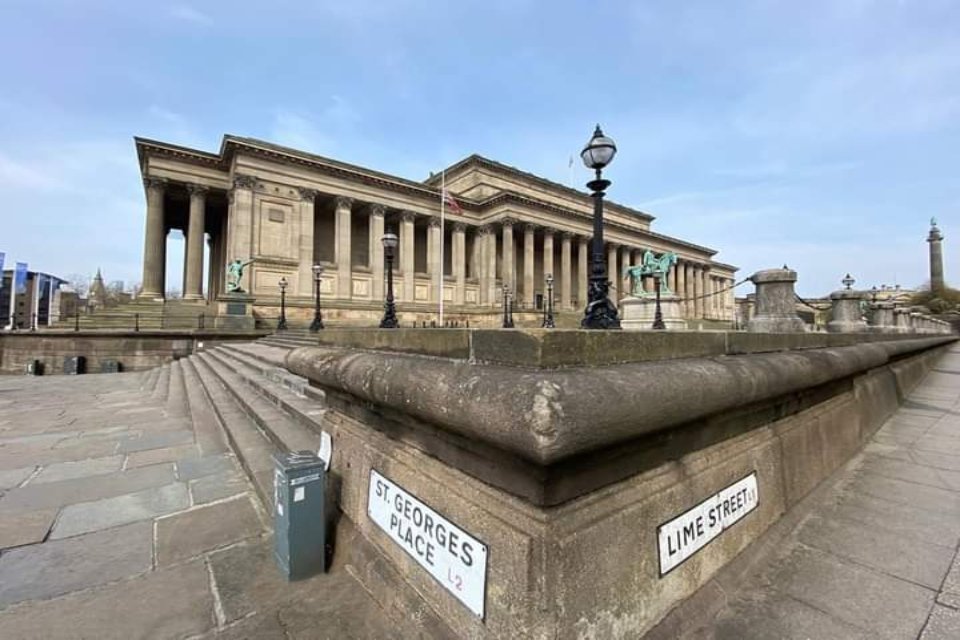 One of our highest priorities at the moment is to help our high streets recover, and so I am delighted that HM Courts and Tribunals have signed an agreement with the City Council to use the Guildhall as a Nightingale Court for the next nine months.

Not only will this help our local economy and businesses by driving up footfall and bringing people back to the centre, but it also ensures that one of our very special buildings is being made use of during these challenging times.

Yesterday’s announcement follows a recent £80m investment in the courts system to meet the unprecedented challenge presented by the pandemic.

This will fund the employment of 1,600 new staff to support the recovery, with more temporary Nightingale Courts and technology to boost capacity. These measures are beginning to show positive results:

Meanwhile, a major £153 million investment across the courts system announced in July 2020 will speed up technological improvements and modernise courtrooms.

Latest News from
Ministry of Justice

Our lockdown experiences...A way to lighten up a meeting while looking after a baby during a pandemic

Three-day virtual event from 1 December to 3 December will bring together the very best in UK and African legal expertise.

The Secretary of State has announced the appointments and reappointments of Youth Justice Board members.

New technology which spares vulnerable victims and witnesses the trauma of attending court is now available in every Crown Court across England and Wales.

Mental Health - Find someone you can help

Preferred candidate for chair of the Independent Monitoring Authority

Sir Ashley Fox announced as the preferred candidate to be the inaugural chair of the Independent Monitoring Authority for the Citizens’ Rights Agreements.

Alex Chalk MP visits Shelter Cymru and the South Wales Law Centre to see how £5.4 million of grant funding is being used.