More than 60 firearms have been stopped from reaching the streets of Scotland in just over a year, thanks to the work of a joint team of National Crime Agency and Police Scotland investigators. 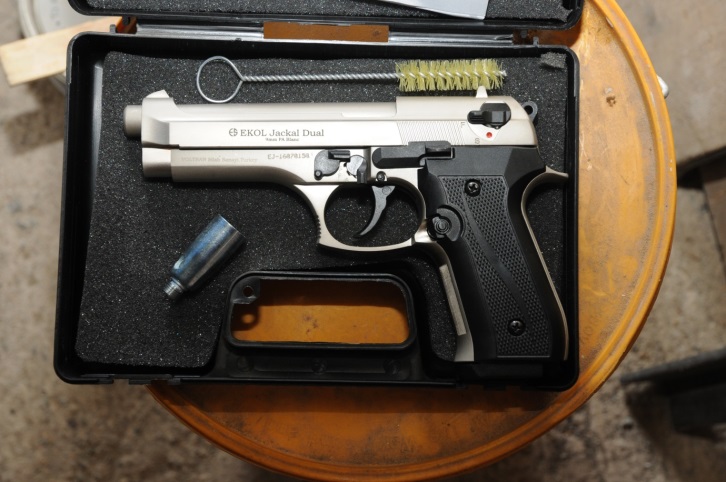 Since December 2018 the Organised Crime Partnership (Scotland) have been working with Border Force to disrupt the flow of illegal guns, seizing 61 weapons. Many were being imported using the fast parcel and postal systems.

The team have also arrested 49 individuals involved in serious and organised crime, and been involved in the seizure of almost 64 kilos of drugs worth around £2.5 million street value.

The OCP(S) was formed in late 2018, bringing together officers from the NCA and Police Scotland into a new unit dedicated to protecting Scotland from organised crime. Scotland’s Organised Crime Task Force (SOCTF) recognised the criminal use of firearms as a significant problem, and the OCP(S) is responding by tackling the threat and removing guns from our streets.

The team has access to the full range of NCA specialist capabilities, including the agency’s international network, which has 150 officers based in around 50 countries overseas.

“The organised crime that impacts upon Scotland’s communities almost always has a cross border or international element.

“The firearms and drug seizures the OCP(S) have dealt with demonstrate that, and highlight how criminals are exploiting the fast parcel system to smuggle weapons, ammunition, and drugs into Scotland and the UK.

“It is something we are actively working with Border Force to disrupt.”

Many of the firearms seized are forward-venting blank firearms which can be easily adapted to fire real ammunition.

“These blank firing handguns can be purchased online from dealers in mainland Europe, where they might not be illegal, and shipped to the UK using fast parcel delivery companies.

“But these weapons can be easily adapted, making them attractive to criminals, and importing them here is an offence which can incur significant jail time, even for a first offence.

“A number of these imports have led to arrests and significant prison sentences, and this shows how the NCA and Police Scotland are able to work with partners and take rapid action to stop them from reaching the streets.”

“These seizures, convictions and the sentences handed down continue to show the value of working together to target these criminals and preventing weapons and drugs reaching the communities we protect.

“This is a priority for all the partners involved in the Organised Crime Partnership who remain totally committed to detecting and disrupting those involved and bringing them in front of the courts.”