In previous blogs, I have featured different types of disabilities. Here, using a wider lens, I am featuring a characteristic known as Sensory Processing Sensitivity, or High Sensitivity. It is a trait present in many people and is both an advantage in some environments and a disadvantage in others.

As Rosie Raleigh explains, this is not considered a disability, but Highly Sensitive People (HSPs) can face similar barriers. And like people with a disability, they can bring lots of strengths to an organisation if given the right environment and adjustments in which to thrive. 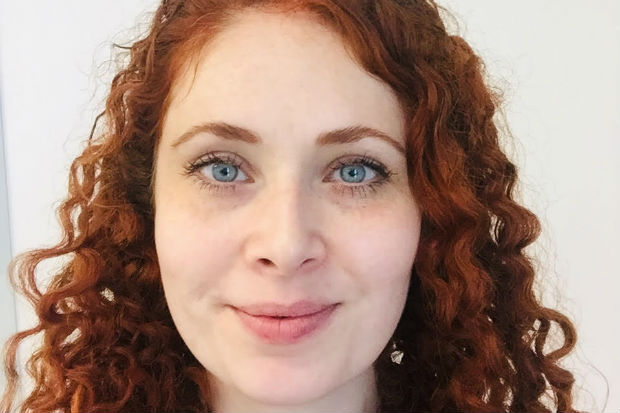 I have always been sensitive, but a few years ago I learnt I have the genetically based personality trait known by scientists as Sensory Processing Sensitivity – a form of neurodiversity more commonly known as High Sensitivity. Between 15 and 30% of the population are highly sensitive – that means around 60,000 civil servants. The latest science suggests environmental sensitivity is a spectrum – we are all affected by our environment to a greater or lesser extent.

At work, as well as underlying my empathy and creativity, being highly sensitive means that I am more affected by noise in open plan offices, and am more easily stressed than others.

I spoke to my mentor – a director elsewhere in the Civil Service – who advised that I never tell anyone at work about the trait, in case they were to discriminate against me. This advice was well-meant. Sadly, many highly sensitive people face stigma on top of the stress-related illnesses they are more at risk of. For several years I kept this characteristic to myself – hiding the migraines and digestive problems I experienced as a result of overstimulation at work.

But, over time, I realised that given the numbers of people affected, it was likely that many other civil servants felt like I did. So, I decided to start raising awareness of high sensitivity and other divergent-thinking styles, and was delighted when 75 staff attended the introductory session I ran in the Department for Health and Social Care (DHSC) on high sensitivity. Many staff shared similar experiences of health problems caused by stress at work, and worries about discrimination. I am glad to say that senior Civil Service leaders, including Dame Sue Owen, former Permanent Secretary at the Department for Digital, Culture, Media and Sport, and Sir Chris Wormald, my own Permanent Secretary in DHSC, have been very supportive. The Diversity of Thought staff network I set up is now working with DHSC’s senior leaders to improve the experience of highly sensitive staff.

What is high sensitivity?

Research into over 100 species has found that within a population, individuals vary in how sensitive they are to their environment. This range of sensitivity gives the species an evolutionary advantage, by enabling it to thrive in different environments. Although high sensitivity is not defined as a disability, in much of our fast-paced, always-on culture, it can be disabling.

If their environment is not adapted to their differently wired brains, highly sensitive people are at risk of developing mental and physical health problems. As environmental sensitivity is a spectrum, people with moderate levels of sensitivity may share some of these experiences.

Highly sensitive individuals may also have other forms of neurodivergence, disability, or physical or mental health conditions. Although the underlying biological mechanism may be different, the overstimulation that highly sensitive people experience is often also experienced by people with autism spectrum conditions.

Outside the Civil Service, Vantage: The campaign for highly sensitive people works to raise awareness and increase acceptance of high sensitivity. They are developing a website which will be launched soon.

I am indebted to Rosie for sharing her story and for raising awareness of this common characteristic and trait. Many HSPs are not aware that they have the trait. Of those who are aware, many may decide not to reveal this for fear of being denied career progression opportunities by managers who believe that HSPs cannot carry out high-profile, pressurised jobs. It is great, therefore, to hear that a Diversity of Thought Network has been set up in DHSC to promote diversity of thinking styles and to help HSP’s be their best at work, benefiting the organisation by drawing on these untapped skills.

Pride in the Civil Service

One month left to nominate for the Civil Service Awards 2019

My mind matters – because Every Mind Matters

Championing mental health and wellbeing through the pandemic

Supporting the Workplace in Menopause

Blog posted by: Karen Canner, 13 May 2020 – Categories: A great place to work, Diversity and inclusion, Year of Inclusion.

Blog posted by: Brian Stanislas, 13 May 2020 – Categories: A great place to work, Diversity and inclusion, Year of Inclusion.

What inclusion means to me... Majella

Blog posted by: Majella Campbell, 7 May 2020 – Categories: A great place to work, Year of Inclusion.

Blog posted by: Debbie Alder, 5 May 2020 – Categories: A great place to work, Diversity and inclusion, Year of Inclusion.

Working with a disability during the coronavirus pandemic

Blog posted by: Ben Merrick, 5 May 2020 – Categories: A great place to work, Diversity and inclusion, Health & Wellbeing, Year of Inclusion.