The impact of crime reverberates across the whole of society. It could be a victim who is physically hurt due to an assault, a community scared to leave their property after dark due to anti-social behaviour, or a business owner unable to make a living due to thefts from a shop. With the undoubted economic challenges we are going to be faced with post COVID-19 the £59 billion cost of crime figure published by the Home Office also can’t be ignored. The criminal justice system exists to addresses the consequences of criminal behaviour in society but is that the right focus?

There is nothing new about the concept that prevention is better than cure. Today we are living through one of the starkest examples in a generation that demonstrates the importance of prevention. Vaccination to prevent COVID-19 is clearly preferable than dealing with the resulting illness.

In the justice context, prevention is also considered as far more beneficial than dealing with the consequences of criminality and crime after the event. Tackling the upstream causes of crime however is an extremely complex issue involving social factors and vulnerabilities such as inequality, poverty, parental neglect, alcohol and drug abuse. Through its engagement with lived experience forum members the Revolving Door Agency use the excellent metaphor of ‘a knot’ to describe the complex and interconnectedness of these issues.

Coming back to the economics of crime, according to a report from the Ministry of Justice it costs the UK taxpayer over £44,000 a year on average just to keep someone in prison for a year. Consider this against a starting salary for a police constable, according to the Police Federation, of £26,199.

There has rightly been a focus in recent years on rehabilitation of offenders in the justice system, the rationale for this is obvious, the most prolific offender is the reoffender. Nearly half of all adults reoffend within one year of release, this figure increases to 77% for children who have served short sentences of under 12 months according to a report produced by Prison Reform Trust.

Many people consider the role of prevention is about stopping individuals entering the criminal justice system however it’s clear that preventing reoffending is equally important.

The case for collaboration & technology innovation

Preventing crime requires collective action, it can’t be tackled by government alone it needs a more joined up approach across central government, police, schools, local authorities, NHS, private sector, charities and other organisations. The issues surrounding crime are so intertwined that it is unrealistic to think fixing any individual issue alone will result in a long term improved outcome so a more whole of system approach involving a collaboration of agencies is more likely to be able to undo the knot of issues.

Technology alone won’t prevent crime but it is a valuable tool that can be employed to help improve crime prevention.  Robot police may sound far-fetched but they are already a reality in Dubai and China helping improve front line policing and crime prevention. AI is also a tool that has the potential to transform prevention. There is a saying that what is predictable is preventable, so having the ability to quickly sift large quantities of data to identify patterns and make rapid decisions based on the data will be hugely relevant.

The Ben Kinsella Trust, is a leading anti-knife crime charity formed after the senseless killing of 16 year old Ben Kinsella in 2008. The trust educates young people on the dangers of knife crime and helps them to make positive choices to stay safe. 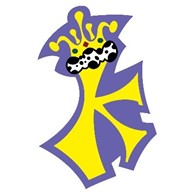 Using workshops to follow the journey of both the victim and the offender through a series of unique and immersive experiences to show young people how choices and consequences are intrinsically linked.

The trust already had strong links with schools, local authorities, police and other organisations. In 2019 the Ben Kinsella Trust and Sopra Steria formed a partnership with the aim of using technology innovation to help tackle knife crime.

One of the initiatives that we have piloted is a Virtual Reality interactive experience that allows young people to safely experience a challenging scenario involving peer pressure and understand the consequences of carry a knife in a safe environment. 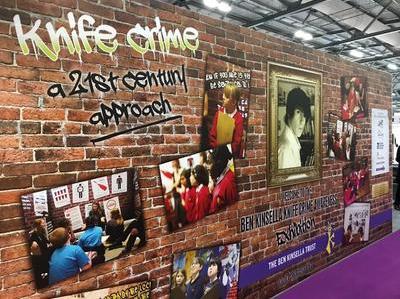 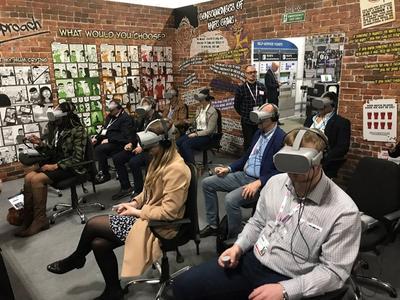 Sopra Steria have also implemented a digital survey tool to capture and report on outcomes from the exhibition and helped the improve and extend the trusts social media engagement.

Guest blog: AI in healthcare - How economics can help us understand the risks

Federico Cilauro, Manager at Frontier Economics, a leading economics consultancy, writes about the potential of AI to revolutionise medical diagnosis.

Following the Schrems II ruling, the European Commission has updated its existing Standard Contractual Clauses for the first time since 2010, to allow for better compliance to GDPR in the transfer of personal data across borders.

The Defence and Security Accelerator (DASA) has launched a competition for the development of innovative technologies to provide novel methods of Early Warning (EW) for maritime operations.

The deal at the G7 paves the way for broader multilateral talks at the OECD and a pathway to the removal of national digital services taxes.

The Cabinet Office has launched guidance on taking account of Carbon Reduction Plans in the procurement of major central government contracts.

Offer a 16-19 year old a work experience placement at your business as part of their Digital T Level qualification.

PUBLIC has been working in partnership with the Ministry of Justice to kick off the exciting new Prison Leavers Innovation Challenge (PLIC).

A summary of the Government's strategic priorities for public procurement as set out in its National Procurement Policy Statement.