“We have to fight the pandemic right now, but we also have to address its broader impact on the most vulnerable and tackle the root causes,” said Ursula von der Leyen, President of the European Commission, as she yesterday supported the launch of the campaign ‘A Recovery Plan for the World'. The campaign is run by Global Citizen in an effort to end COVID-19 and kick start a global recovery. 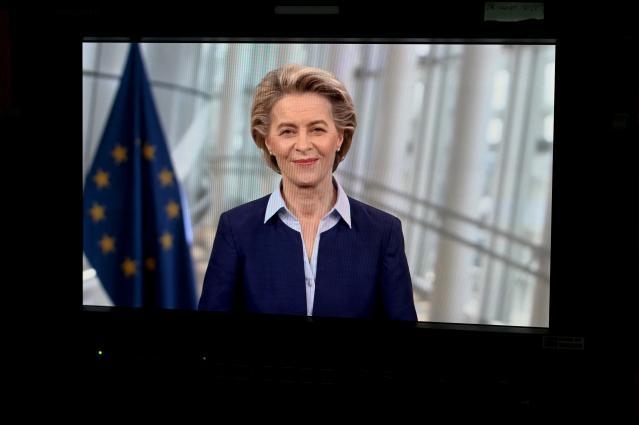 Von der Leyen reflected on the successes achieved together with the WHO and Global Citizen last year. Back then a joint global effort resulted in more than €16 billion of pledges from donors worldwide, and the ACT-Accelerator and the COVAX facility were created.

“Let us overcome the pandemic with a global vaccination campaign. Let us stop the hunger crisis. Bring children back to their classrooms. Fight rising inequalities. And engage in a green recovery,” von der Leyen said, stressing that vaccines must reach all corners of the planet as soon as possible.

She also spoke about the upcoming World Health Summit in May 2021, which the European Commission will co-host together with the Italian Presidency of the G20, saying this would be a moment ‘to agree on a common preparedness blueprint, so that the world is never again caught off-guard'. She called upon everyone to weigh in – governments and international organisations, scientists, businesses and civil society, philanthropic foundations and private citizens.

Joint Statement by Commissioner Reynders and Yoon Jong In, Chairperson of the Personal Information Protection Commission of the Republic of Korea

In their call today, Commissioner for Justice Didier Reynders and Chairperson of the Personal Information Protection Commission Yoon Jong In welcomed the successful conclusion of the adequacy talks between the European Union and the Republic of Korea.

Speech given yesterday by President von der Leyen at the High-level meeting on the international debt architecture and liquidity.

EU values explained in one minute

What are the six core values the European Union is based upon and how do they translate into our daily lives?

COVID-19: EU helps to deliver vaccines to Moldova and medical items to Montenegro and North Macedonia

The EU is supporting Romania in delivering 50,400 doses of vaccines to Moldova in response to the COVID-19 pandemic.

Speech given recently (26 March 2021) by Commissioner Reynders at American Chamber of Commerce on the Digital Transatlantic Economy.

Council extends the mandate of Operation IRINI until 2023

The Council recently (26 March 2021) extended the mandate of the EU Common Security and Defence Policy (CSDP) military operation in the Mediterranean – EUNAVFOR MED IRINI – ​until 31 March 2023.