Her Royal Highness The Princess Royal has been hearing first-hand how the UK and Japan are collaborating on nuclear decommissioning when she attended a reception at the British Embassy in Tokyo.

UK and Japan, dating from the 1960s when the country’s built its first reactor, Tokai Mura 1, which was based on the Magnox design. He also outlined the NDA’s commitment to working in partnership with local communities, and the sharing of decommissioning knowledge as Japan continues the clean-up at Fukushima Dai-ichi. 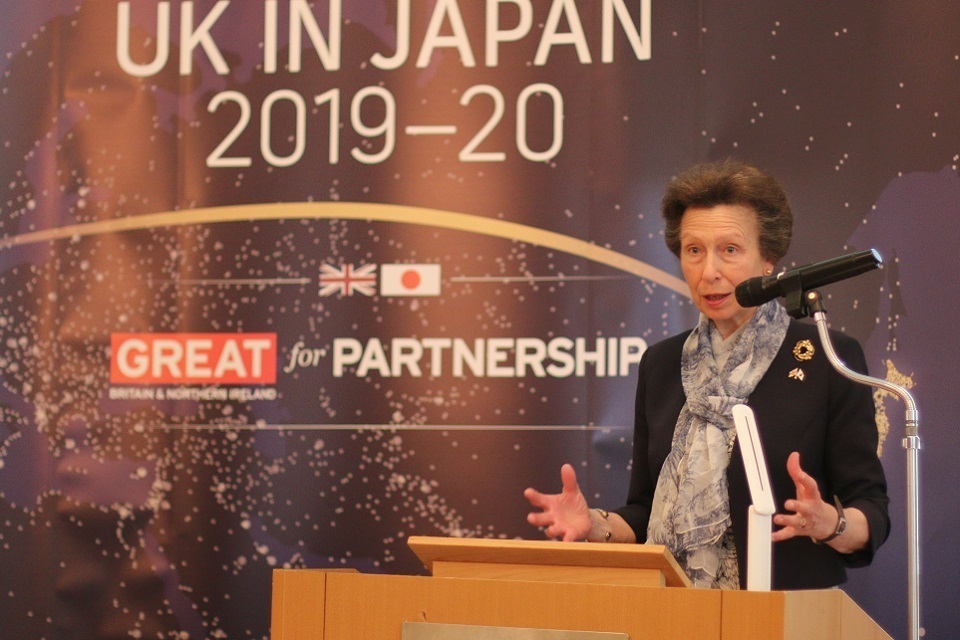 The latest UK-Japan collaboration will see a team of experts who have worked on Dounreay’s Prototype Fast Reactor travel to Japan to help with drafting a lifetime plan for dismantling a similar sodium-cooled fast reactor, Monju, at the Tsuruga Nuclear Power Plant in Fukui Prefecture.

As part of this programme, Monju researcher Kazuaki Matsui will spend a six-month placement at the PFR.

UK businesses were also exhibiting at the event, hosted by Dr Keith Franklin, Nuclear Counsellor, Department for International Trade at the British Embassy in Tokyo.

Adrian has been involved in the NDA’s dialogue with Japanese nuclear organisations for many years and has served as one of the international advisors for the group of experts advising on decommissioning the damaged Fukushima Dai-ichi plant, where UK technology companies are making a valuable contribution to the clean-up. Regular exchange visits between the UK and Japan have enabled the NDA, its subsidiary International Nuclear Services and the Department for International Trade to highlight the UK’s nuclear decommissioning expertise.

The Princess Royal has been visiting Japan for a number of engagements associated with the Rugby World Cup, the 2020 Tokyo Olympics and other UK business events. Last year, she unveiled a commemorative plaque marking the official opening of the NDA’s £21 million archive facility, Nucleus (The Nuclear and Caithness Archives), in Wick.