A skipper from Liverpool who has put his life’s work into restoring a historic steamship and a sailor who has dedicated her work to advocating for women’s rights are among those to be awarded Merchant Navy Medals in honour of their achievements recently (3 September 2022).

Merchant Navy Medals have been awarded since 2016 for significant contributions to the maritime industry. Each year, seafarers are nominated by their colleagues, friends and family for the medals – the highest medal of honour within the maritime sector.

This year 14 mariners have been awarded Merchant Navy Medals, including Captain Dan Cross from Liverpool and Master Mariner Ann Pletschke from Hampshire.

Captain Dan Cross has received the prestigious Merchant Navy Medal for his efforts in restoring the iconic SS Daniel Adamson, which first set sail in 1903. Through Dan’s restoration efforts, he has supported young people from all backgrounds and abilities to learn, participate and eventually volunteer as part of the ship’s crew and go on to lead careers in engineering and across the maritime sector. Master Mariner Ann Pletschke has championed the rights of women and under-privileged individuals in the industry. She has also supported future Commonwealth seafarers, including disadvantaged children, in obtaining a maritime education, even paying the educational fees for the first ever marine engineer officer to hail from Mauritius.

It is an honour to celebrate British mariners like Ann and Dan, whose efforts have changed maritime for the better.

Every single nominee embodies the values of the maritime sector and has gone above and beyond within their field. We’re grateful to all 14 recipients for their efforts to make the industry better, safer and more accessible for all.

I am deeply honoured to be awarded this wonderful medal alongside some prestigious recipients over the years. I played a small part in saving and returning the Daniel Adamson back to operational condition for future generations to enjoy and benefit from. It is often said the ship runs on 2 things, steam and volunteers and this reflects what a magnificent team effort the project is.

Having worked on harbour tugs for nearly 30 years, the work of the harbour tug is often overlooked. As a key part of ensuring goods keep flowing in and out of the ports and harbours in the UK it is great that services to harbour towage is recognised and the work we do can be remembered through vessels like the Daniel Adamson, which also offers great training and education opportunities.

With this award I would like to spotlight many others who work tirelessly for the same aims and to inspire others to give back - if we each do a little, we can all make the industry a safer, more diverse and better industry for all. 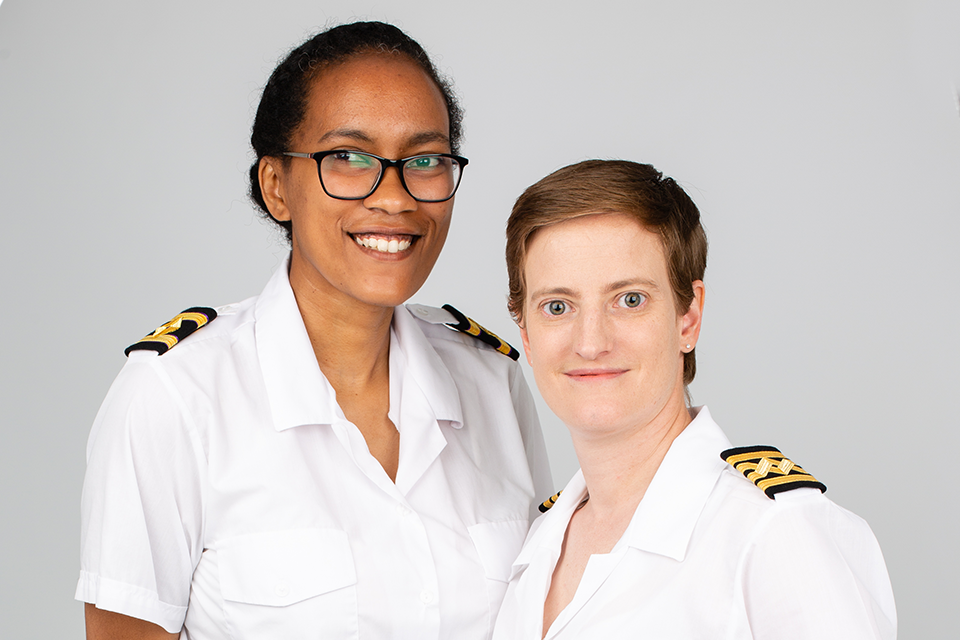 Merchant Navy Medals form part of the UK government’s commitment to a diverse maritime workforce. Launched in 2019, the Maritime 2050 People route map sets out how the government and industry will work together to diversify workforce over the coming decades.