Sassoli: The decisions we will take will reshape the Union for decades 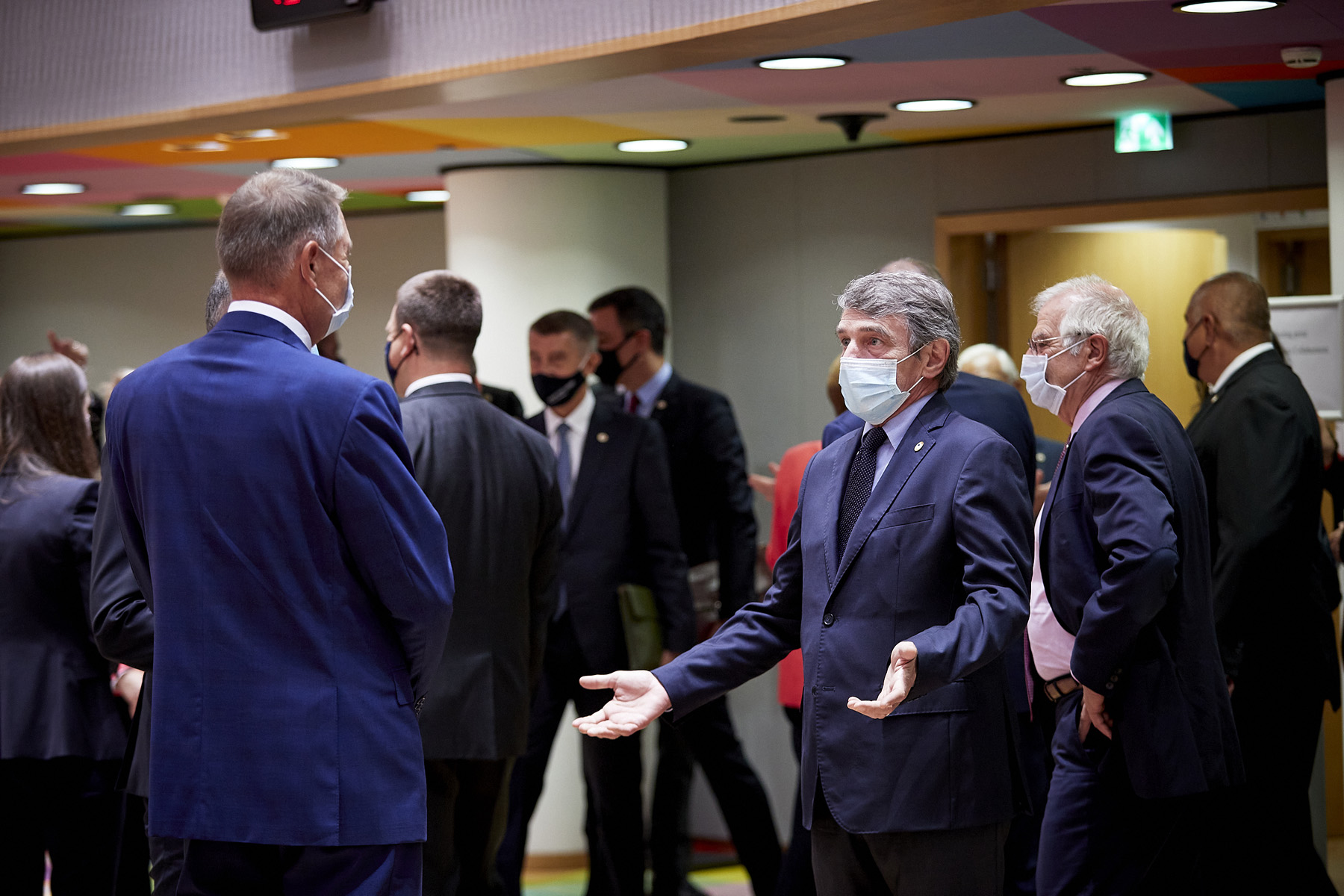 David Sassoli at the summit

The Parliament President was speaking at the start of an EU summit on 17 July dedicated to finding agreement among national governments on the EU’s next long-term budget, which would also include measures to help Europe recover from the coronavirus pandemic.

“The discussions and decisions we will be called upon to take will be crucial in rebuilding our Union for the decades to come,” said Sassoli. He said there was no going back following the Covid-19 crisis.

“The pandemic has given us new responsibilities and duties: the responsibility to make choices and the duty to do so in the interests of the many, not the few. If we take this as our brief, it becomes obvious where we should invest: in the green economy, health, education, and in digital, democratic and social rights.”

He recently said Parliament backed the level of funding proposed by the European Commission and the proposed splits between grants and loans. The President also called for a basket of own resources to be introduced and an end to rebates for some member states, which he called “unfair and hard to justify”.

Sassoli reminded EU leaders that Parliament’s consent to the budget is crucial. “It is unthinkable that a Europe which has reached agreement on a joint response to the crisis should sideline Parliament.”

The President recently said Parliament was “disappointed” with the Council proposal on the budget being presented at the summit: “If we are to bring about a recovery, we need steady, long-term funding. This is a prerequisite for Parliament’s consent.

Sassoli stressed the importance of solidarity in the current crisis: ”Europe has grown together based on common values. Let us not reduce the European Union to a continent-wide ATM.”

He added: “Parliament will give its consent to the [EU’s long-term budget] only if it meets the priorities I have mentioned today.”

Common definitions, health criteria and methodologies are key to effectively fighting the ongoing pandemic and its economic consequences in the EU, MEPs say.

Poland: Council has to “finally act” to protect minorities and the rule of law

Disrespect for judicial independence and the rights of LGBTI persons point to “overwhelming evidence” of breaches of EU values, Parliament says.

Addressing the challenges linked to securing access to safe COVID-19 vaccines will be the main topic of an online hearing on 22 September from 09.00-12.00 in the European Parliament.

MEPs are ready to start negotiations with the Council on setting up the Just Transition Fund to mitigate the social impact of greening the economy.

The European Commission yesterday decided to launch a €1 billion call for research and innovation projects that respond to the climate crisis and help protect Europe's unique ecosystems and biodiversity.

EU citizens have to be better informed about their governments’ strategic choices on an issue that directly affects their security, warn MEPs.

COVID-19: EU must step up efforts to tackle medicine shortages

Parliament calls for the EU to be more self-sufficient when it comes to medicines and medical equipment so that affordable treatments are available at any time.

To decarbonise maritime transport, Parliament voted to include CO2 emissions from the sector in the EU Emissions Trading System.

MEPs accelerate the procedure that will enable the EU to borrow €750 billion for the “Next Generation EU” recovery plan.

As of September 2022, cars must meet EU limits on NOx emissions under real driving conditions to comply with air pollution limits, says the European Parliament.