Schoolgirls across the UK crowned winners at cyber competition finals

Thirteen teams around the country claimed victory at the finals of the new-look 2022 CyberFirst Girls Competition. 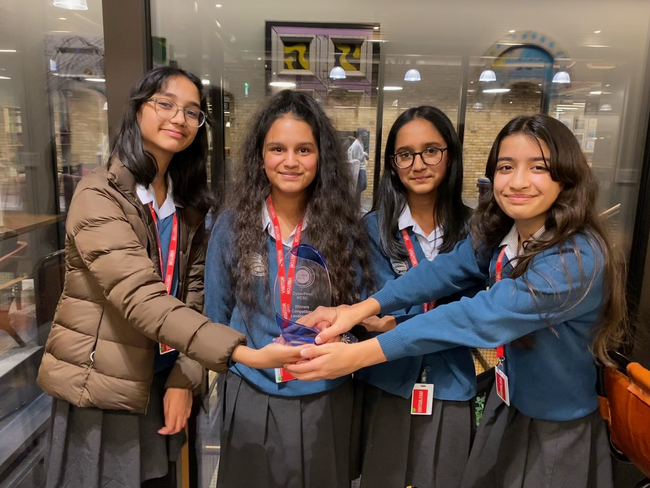 SCHOOLGIRLS across the UK have been crowned cyber security champions after claiming victory in the final round of a nationwide contest to uncover more of the nation’s cyber talent.

Thirteen teams took the top spot at their respective finals around the country last week in the culmination of this year’s CyberFirst Girls Competition, run by the National Cyber Security Centre (NCSC) – a part of GCHQ.

The competition, which aims to inspire more girls to consider pursuing careers in cyber security, saw pupils tackle challenges covering topics from networking and AI to cryptography and logic at events held in person on Saturday and virtually last Wednesday.

More than 7,000 girls, aged 12 to 13, entered this year’s new-look contest, with more than 130 teams taking part in the final round. The winning teams received laptops as part of their prize, along with an invitation to a celebration event later in the year.

The winning teams for the 2022 competition are:

The CyberFirst Girls Competition aims to inspire girls to consider pursuing careers in cyber security as female representation in the sector is too low, with women accounting for just 16% of the UK’s cyber workforce.

“Congratulations to all the girls who took part in this year’s final of the CyberFirst Girls Competition – and a special well done to the winning schools for their success on the day.

“The UK’s growing cyber security industry needs more female representation so it’s great to see thousands of girls nationwide taking part in the contest, many for the first time.

“I thank organisations who played host for the finals and teachers for their work helping us uncover new cyber talent. I hope for many of the girls this will be just the start of their interest in this area.”

The format of this year’s contest involved some new changes, with 13 finals held across the UK, rather than one UK event, so more local cyber talent could be celebrated.

Finals took place for each of Scotland, Wales, Northern Ireland and English regions, attended by teams with the highest scores in the qualifying round last December. In-person finals were supported by organisations from industry and academia hosting the events.

“AWS was proud to host this year’s competition at the Amazon London office, and we congratulate all the finalists and winners. We need to build a strong pipeline of female talent to address the under representation of women in the tech sector, and encouraging girls and young women to pursue a career in tech through initiatives like the CyberFirst competition is fundamental to this.”

The CyberFirst Girls Competition is the NCSC’s flagship cyber security contest for schools, which opens annually to girls in Year 8 in England and Wales, S2 in Scotland, and Year 9 in Northern Ireland.

More than 7,000 pupils took part in the 2022 competition – overtaking last year’s total – and adding to the tens of thousands of girls who have entered since the contest launched in 2017.

State schools that had never entered the contest before made up more than 25% of the total number this year, contributing to an overall increase in the proportion of state schools compared with last year.

The CyberFirst programme offers a range of free opportunities aimed at offering young people the skills, opportunities and exposure they need to thrive in cyber security.