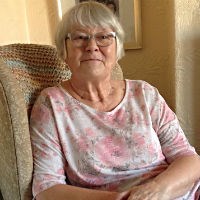 My mother was always organised and financially astute, running the home efficiently and managing the family budget. As she got older, she thought about preparing for any eventuality. She made a will, went to see her GP and organised a ‘Do Not Resuscitate’ notice, and contacted a solicitor to set up powers of attorney.

Later when the family became concerned over her behaviour she was persuaded to visit a GP, who diagnosed Alzheimer’s disease. The decision was taken to move her into a home just temporarily, but by the time I returned from a holiday she had settled in and couldn’t face the stress of independent living anymore. Eventually she was diagnosed with bowel cancer and a week later passed away. I had to take the decision for her whether to attempt an operation or to go for palliative care.

For families facing a more or less similar journey there are useful comparisons here.

The first and most important is planning ahead. My mum thought about health issues well in advance and the impact of taking decisions for her was reduced, in fact I had a sense of confident satisfaction of knowing her wishes and having every eventuality planned for in advance.

The second point is the importance of honest communications. It wasn’t easy telling mum we thought perhaps she wasn’t managing quite as well but after a quiet word she was able to consider the range of support she could get, and she no longer felt alone and frightened with her secret.

Knowing my mother’s personality and my own character the final point is about striking a balance between the two when taking decisions. One does one’s best, and I am able to look back now with satisfaction that I made her final years as dignified as possible.

I would have found the NICE dementia guideline published in 2018 very useful. The decisions I took would have been much easier bearing in mind the very helpful information it contains.