Shielding experienced decline in health care use, and at higher risk of poor mental health, during pandemic

A new report, published yesterday by Public Health Wales, identifies marked declines in hospital care during the Coronavirus pandemic amongst those clinically extremely vulnerable (CEV) to severe Coronavirus symptoms and advised to shield; and that this population were at a higher risk of experiencing poorer mental health than the general population from March to September 2021.

This study was based on more than 127,000 people who were advised to shield in Wales (representing approximately 4 per cent of the population). The CEV population was a very diverse group, with complex health needs. The most common underlying conditions were respiratory (37 per cent), followed by immunosuppression (27 per cent) and cancer (21 per cent).

This study highlighted ongoing health inequalities, with those with the greater health needs less likely to receive the care they need. The inverse care law was evident with higher rates of emergency care amongst the most deprived, in both years amongst the CEV and the general population.

The study  ‘COVID-19 in Wales: The impact on levels of health care use and mental health of the clinically extremely vulnerable’ has been led by the Networked Data Lab Wales (NDL Wales), a collaborative programme between Public Health Wales, Digital Health and Care Wales, SAIL Databank and Social Care Wales and funded by the Health Foundation.

“Working together, sharing and building expertise has been part of our core values and strengths in Wales for a long time, and central to the NDL Wales and the wider NDL collaboration as a whole. Understanding patterns of health care use and needs amongst those  shielding is essential to ensure that any further population interventions of this nature, in the future, learn from the COVID-19 pandemic.”

“These are important findings to help the health care response supporting those who have been shielding over the past year. Given such a significant change in hospital care and evidence of the inverse care law, insights from this study and others are needed to provide more in depth understanding of the CEV and general populations’ unmet needs. Such information can help inform effective, efficient and equitable delivery of future care, towards protect against a longer-term burden of poor physical and mental health following the pandemic.” 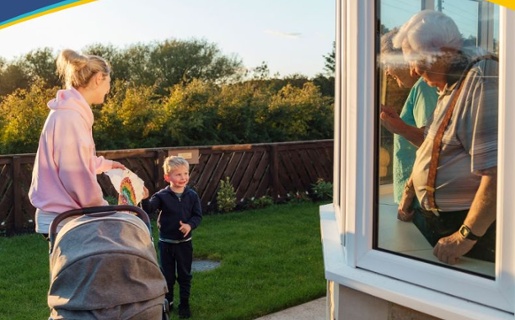 COVID-19 in Wales: The impact on levels of health care use and mental health of the clinically extremely vulnerable

The coronavirus pandemic has seen field epidemiologists from around the world take to Twitter to accelerate advancements in the specialism, highlights a new paper co-authored by Professor Daniel Thomas, Consultant Epidemiologist in the Communicable Disease Surveillance Centre at Public Health Wales.

A survey commissioned by Public Health Wales has revealed that just over two thirds of adults in Wales (70 per cent) would happily accept a flu and COVID-19 vaccine at the same time this year, with 89 per cent also happy to accept a COVID-19 booster, if offered.

A new study, published by Public Health Wales yesterday evidences the negative impact that caring responsibilities have on educational participation in those aged 16-22, and how this has greatest impact on those living in the most deprived areas.

It has been a challenging year for everyone. Students and staff are returning to campuses around the UK and vaccinations are more important than ever.

The registration scheme enables practitioners from across the public health workforce to recognise their skills and knowledge.

Ahead of the festival season across the UK, Public Health Wales is reminding people of the risk of Coronavirus transmission at mass gatherings, festivals and other large events.

Week 70: 'How Are We Doing in Wales' public engagement survey results

The results of the latest ‘How Are We Doing in Wales’ public engagement survey have been released by Public Health Wales.

According to a new report, published today by Public Health Wales, The NHS Wales Safeguarding Network effectively managed to continue its vital work to protect vulnerable groups despite the significant increase in demand and extreme challenges caused by the Coronavirus pandemic.

A new Public Health Wales guide has been devised to help communicators and people working with social media to know how to deal with misinformation about the virus.