The Merseyside Organised Crime Partnership yesterday launched with the principal objective of protecting the public by stopping the flow of firearms and drugs into Merseyside’s criminal markets and County Lines networks. 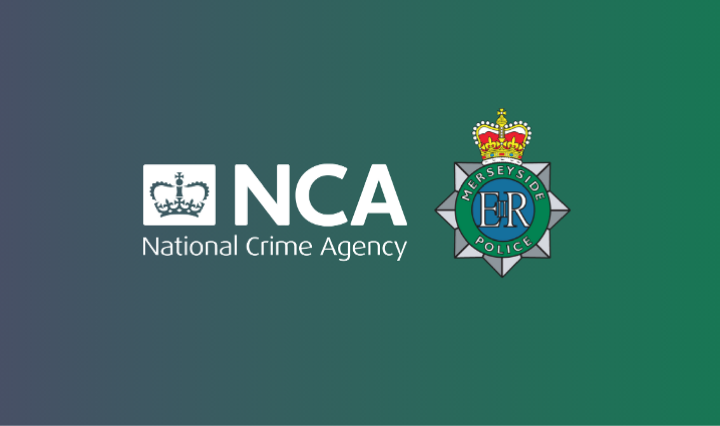 The joint team, which will be based in Merseyside, comprises NCA and Merseyside Police investigators and will build on the pioneering work to disrupt serious and organised crime including Operation Venetic – the UK law enforcement response to the takedown of encrypted comms platform EncroChat. Operation Venetic has led to more than 100 arrests on Merseyside and more than 1550 across UK, as well as the seizure of guns, drugs and cash.

Organised crime groups (OCGs) seek to cash in on the misery they bring.

Cocaine deaths in the UK are currently at their highest ever level with one estimate putting consumption in England, Wales and Scotland at 117 tonnes a year, and the cocaine market in the UK estimated to amount to more than £25.7million a day.

The new Home Office funded law enforcement partnership is the fourth the NCA has jointly developed; with OCP teams created with the Metropolitan Police and Police Scotland, and the Paramilitary Crime Task Force (PCTF), with the Police Service of Northern Ireland and HMRC.

Merseyside’s OCP will target OCG’s drugs and firearms supply into the region and middle-tier drug dealers. Officers will arrest those involved and seize drugs, firearms and criminal proceeds.

The OCP’s work will be fast paced, involve rapid deployments to carry out targeted activity against on criminal targets and taking enforcement action against them.

The mix of intelligence and operations will allow investigations to be progressed from beginning to end, effectively targeting high harm OCGs.

The work of the OCP has already seen success with arrests and the seizure of suspected drugs manufacturing equipment, large quantities of suspected heroin, cocaine and mixing agents seized in Liscard last month.

“We are really proud to be working with Merseyside Police in this joint venture to protect the public.

“It is a very exciting new chapter for both regional and UK law enforcement.

“The NCA has seen significant success in disrupting the top tiers of organised crime; seizing their assets and shutting down their operations.

“In the last year alone we have seized more than 100 tonnes of cocaine – worth millions to organised criminals, who sit behind the scenes and collect the profits.

“Along with other port cities and big urban conurbations, Merseyside is a location that has historically been targeted by criminals importing and supplying drugs and weapons.

“The OCP will build on the work of Merseyside Police and North West Regional Organised Crime Unit to intercept those routes and shut down county lines, removing the ability of offenders to bring harm to the streets of Merseyside.”

“We are proud of our relentless approach to targeting and bringing to justice those individuals involved in organised crime. We have invested resources to work with our partners and the public of Merseyside to make our communities safer.

“Merseyside Police received an outstanding rating for tackling serious and organised crime in the most recent HMICFRS report and last year we saw the result of that hard work with the lowest number of discharges that Merseyside has seen for more than a decade, and over £4 million worth of cash seized and confiscated, a record high in the force.

“We also closed down more than 150 county drug deal lines, arrested over 700 offenders and protected more than 250 vulnerable children and adults from being exploited and trafficked – this success is now what we what we want to build on with our partnership with the NCA , as it illustrates perfectly what can be achieved when law enforcement agencies join forces to combat criminality.

“By establishing this joint unit with the NCA we are pulling together our resources and intelligence to target even more effectively those who cause the most harm in our communities through the supply and distribution of illegal drugs.

“Through the use of intelligence and the latest technological advancements we will be better placed than ever before to identify and deal with those involved in drug, gun and gang related crime.

“There is no hiding place for criminals in Merseyside, and this partnership will help us continue to do everything in our power to bring those involved to justice and improve the quality of life for our communities and make our streets safer.”

“Organised crime groups peddling drugs are cashing in on the misery they bring to our communities.

“We are determined to confront them and the harm they cause, which is why we are taking a whole-system response to drug misuse in hardest hit areas through Project ADDER and have provided funding for this Merseyside Organised Crime Partnership.

“This new initiative will also stop the flow of firearms and drugs into the area and dismantle these ruthless criminal gangs.”

The OCP will do everything in its power to disrupt OCGs and bring their members to justice.

Information from the public is vital.

Anyone who has information about those involved in gun crime, or information about where guns are being stored, should contact the specialist Matrix Team on 0800 230 0600, or Crimestoppers anonymously on 0800 555 111.