Strengthening cooperation in the fight against IP crime 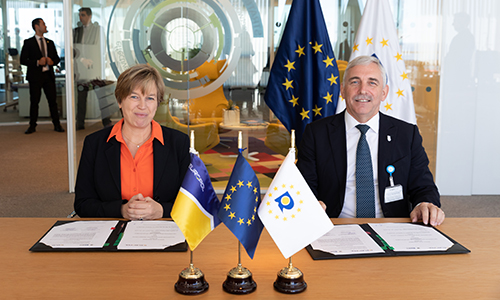 Europol and the EUIPO have been collaborating since 2013 on a range of issues. In 2016, they stepped up their cooperation to create the Intellectual Property Crime Coordinated Coalition (IPC3), a specialist unit within Europol funded by the EUIPO.

Since its inception, the IPC3 unit has coordinated and supported cross-border operations aimed at tackling IP crime across the EU. The unit’s operations have spanned sectors such as pharmaceuticals, food and drinks, pesticides, counterfeit luxury goods, clothing, electronics, car parts, toys and illegal streaming. In total, counterfeit goods valued at over EUR 980 million have been seized.

In addition, over a hundred organised crime gangs have been identified and/or dismantled as a result of the unit’s work. The investigations coordinated by the IPC3 unit have also linked IP crime to the health and safety of consumers, drug trafficking, tax evasion, fraud and terror financing.

Council and Parliament reach provisional political agreement on access to Union waters, extending the current rules for fishermen for another ten years

The Czech Presidency of the Council of the European Union and the European Parliament reached a provisional political agreement as regards the regime for access of fishing vessels to member states’ territorial  waters.

The Commission is taking legal steps to ensure the protection of citizens, workers and patients against the dangers arising from exposure to ionizing radiation.

The European Commission yesterday decided to refer Malta to the Court of Justice of the European Union for its investor citizenship scheme, also referred to as the ‘golden passports'.

Human rights are increasingly under threat worldwide. Against this global backdrop, reconfirming the European Union's strong support to human rights, fundamental freedoms and democracy, and their defenders worldwide, Commissioner Jutta Urpilainen yesterday signed €30 million, a substantial increase, for the new phase of the EU Human Rights Defenders Mechanism, in the presence of civil society organisations and human rights defenders, for the period 2022–2027.

The Commission is taking legal steps against 11 Member States, calling on them to step up the implementation of the Single-Use Plastics Directive in order to reduce the impact of certain plastic products on the environment and on human health.

The European Commission has approved a €700 million Italian scheme to support companies in the context of Russia's war against Ukraine.

Speech by Commissioner Gentiloni at the Atlantic Council Frankfurt Forum

Speech given yesterday by Commissioner Gentiloni at the Atlantic Council Frankfurt Forum.

Press statement given yesterday by President von der Leyen on a new package of restrictive measures against Russia.

Global Gateway: European Commission and the European Bank for Reconstruction and Development deepen their partnership to boost private sector investment in partner countries

The Commissioner for International Partnerships, Jutta Urpilainen, and Odile Renaud-Basso, President of the European Bank for Reconstruction and Development (EBRD), yesterday signed a new Financial Framework Partnership Agreement (FFPA) between the European Commission and the EBRD to boost investment in sustainable infrastructure and private sector development and to cooperate for example on issues such as nuclear safety.