Cyber experts of the future were given a unique glimpse inside the world of digital security during a four-day programme designed to encourage young people into the industry.

Around 45 students, aged 13 to 17, have taken part in the CyberFirst scheme, a government-recognised programme, developed by GCHQ’s National Cyber Security Centre and run by Energus in west Cumbria.

The group worked alongside industry specialists to gain an insight into the critical role they could play in securing the nation’s digital infrastructure and services.

Training took place in a cyber lab environment, all aimed at giving the students a realistic experience of working in the cyber industry.

The STEM-related course underpins the skills and knowledge needed to prepare young people for the complex field of cyber security.

It included sessions on security devices, understanding networks, dealing with insecure devices, and securing yourself.

Cyber security and resilience has become a priority for industry and in January the Nuclear Decommissioning Authority (NDA) funded the launch of the Cyber Lab classroom at Energus, with the aim of closing the skills gap in cyber security.

It forms part of an NDA cyber programme that is designed to grow capability and capacity for the NDA and its businesses, bolstered by an £80 million investment over the next 5 years in cyber safety. 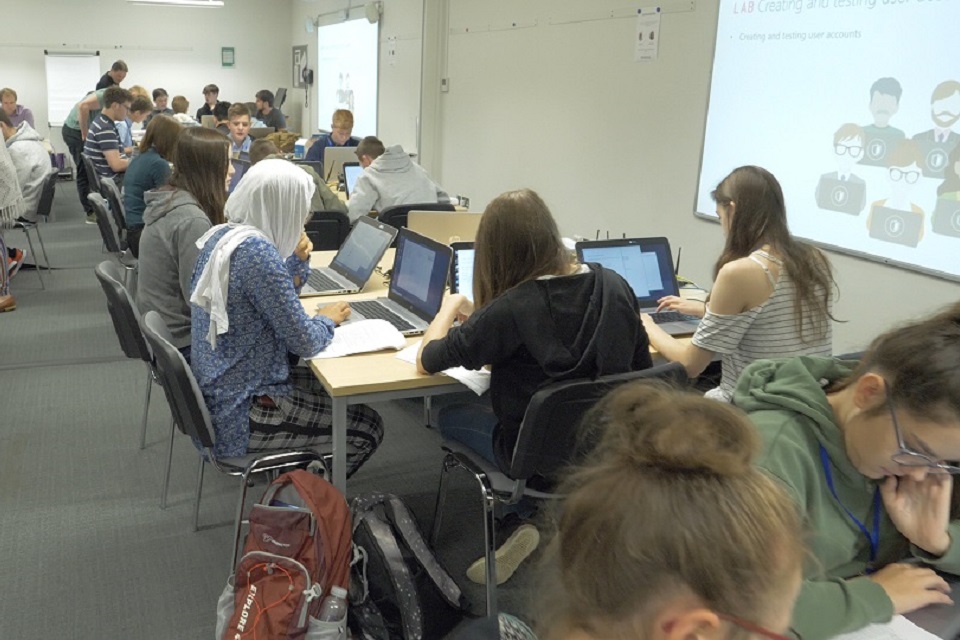 We started recruiting for this course in October through drop-in sessions at schools across Cumbria. CyberFirst is an opportunity for our staff to spot potential cyber experts while encouraging computer science at school and future careers paths into apprenticeships and specific courses.

Yasmin El Mozer, aged 17, took part in the CyberFirst programme. She said that she’d had the chance to talk to cyber tutors and learn more about future career paths in the industry. The hands-on opportunity offered by the programme helped her understand the need for cyber security and how systems can be hacked.

The CyberFirst initiative is a pivotal part of the government’s National Cyber Security Programme. Cyber security and resilience is vital to the NDA and its estate, so encouraging young people into cyber-related careers will go a long way in helping to keep us safe in the future from the growing cyber threat.

Shipment of Highly Active Waste from the UK to Germany

Over the coming years the UK will be returning highly active waste in the form of vitrified residues to Germany.

Communities at the heart of our work

The NDA Supply Chain Event – the largest of its kind in Europe – launches its registration today.

Now in its ninth year, the event is being held on Thursday, 18 June.

The NDA will bring its transport and logistics expertise together

The Nuclear Decommissioning Authority has decided to bring its transport and logistics expertise together into a single division.

Martin Chown has been appointed as the new Chief Executive of Sellafield Ltd.

Employees from across the Nuclear Decommissioning Authority group have been honoured at a prestigious national awards ceremony in London.