Consumption of clothing, footwear and household textiles in the European Union (EU) uses annually about 1.3 tonnes of raw materials and more than 100 cubic metres of water per person, according to a European Environment Agency briefing, published yesterday. A wide-scale change towards circular economy in textiles production and consumption is needed to reduce its greenhouse gas emissions, resource use and pressures on nature. 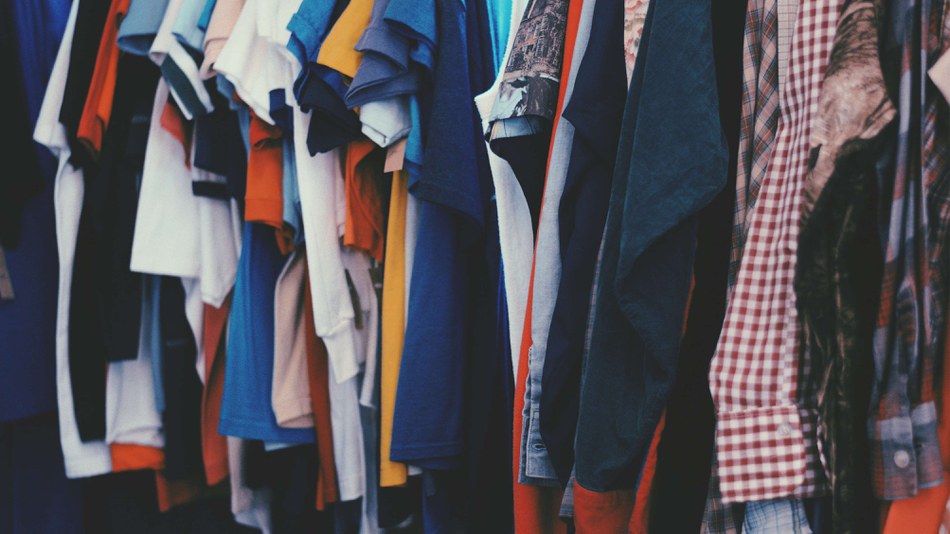 The EEA briefing ‘Textiles in Europe’s circular economy’ presents the latest evidence on environmental and climate impacts from the consumption of textile products ranging from clothing and footwear to carpets and furniture in the EU. The briefing is based on a technical report by the EEA’s European Topic Centre on Waste and Materials in a Green Economy (ETC/WMGE).

According to the EEA study, the production and handling of clothing, footwear and household textiles that were sold in the EU in 2017 used an estimated 1.3 tonnes of primary raw materials and 104 cubic metres of water per EU person. About 85 % of these materials and 92 % of the water were used in other regions of the world.

For water consumption and the use of primary raw materials, clothing, footwear and household textiles represent the fourth highest consumption category in the EU, after food, housing and transport. The same product group causes the second highest pressure on land use (after food), and also a considerable amount of chemical and water pollution, including plastic microfibres released through washing, as well as various negative social impacts.

The EEA briefing also shows that the production of clothing, footwear and household textiles for Europeans caused an estimated 654 kg of CO2 equivalent emissions per EU capita, making textiles the fifth largest source of CO2 emissions linked to private consumption. About three quarters of these emissions took place outside of the EU.

Circular economy policies and principles, such as eco-design and reusing, hold potential to mitigate the environmental and climate impacts of textile production and consumption, the EEA briefing states. Current EU policies require Member States to collect textiles separately by 2025 and ensure that waste collected separately is not incinerated or landfilled.

According to the EEA, circular business models in textiles — such as leasing, sharing, and take-back and resale — need to be scaled up with the support of policies addressing materials and design, production and distribution, use and reuse, collection and recycling. This can include policies such as sustainable production and product policies, eco design and durability standards,  green public procurement, safe and sustainable materials, waste prevention and  extended producer responsibility, and labelling and standards.

Questions and Answers: rescEU and Humanitarian Aid under the new MFF

The EU Civil Protection Mechanism is a crisis management structure that allows Member States and Participating States to strengthen their cooperation in the field of civil protection, to improve prevention, preparedness and response to disasters.

Questions and answers: the EU budget for external action in the next Multiannual Financial Framework

Together with the new European Recovery Instrument (‘Next Generation EU'), the European Commission is proposing a targeted amendment to its initial proposal for the Neighbourhood, Development and International Cooperation Instrument (NDICI) adopted in 2018.

Today the Commission has launched a public consultation on the Digital Services Act, a landmark package announced by President von der Leyen in her political guidelines and in the Commission's Communication “Shaping Europe's Digital Future” of 19 February.

The European Commission today updated the EU Air Safety List, the list of airlines that are subject to an operating ban or operational restrictions within the European Union as they do not meet international safety standards.

The European Securities and Markets Authority (ESMA), the EU’s securities markets regulator has published its final report with technical advice to the European Commission (EC) on the fair, reasonable, non-discriminatory and transparent (FRANDT) commercial terms for the provision of clearing services.

Eurojust steps up the fight against migrant smuggling

To further strengthen the fight against migrant smuggling, Eurojust, the EU Agency for Criminal Justice Cooperation, has launched a new initiative: the Focus Group for Prosecutors on Migrant Smuggling.

US announcement on breaking ties with the World Health Organisation: Statement by the President of the Commission Ursula von der Leyen and High Representative/ Vice-President Josep Borrell

As the world continues to fight the COVID-19 pandemic, the main task for everyone is to save lives and contain and mitigate this pandemic.

The Council adopted conclusions reaffirming the EU's political commitment to support the people of Afghanistan on their path towards peace, security, stability, democracy, prosperity and self-reliance.

After months of lockdown, travel and tourism could soon restart. Discover what the EU recommends to ensure safe journeys.

InvestEU is the EU's proposed flagship investment programme to kick-start the European economy.