The civil servant keeping military service in the family 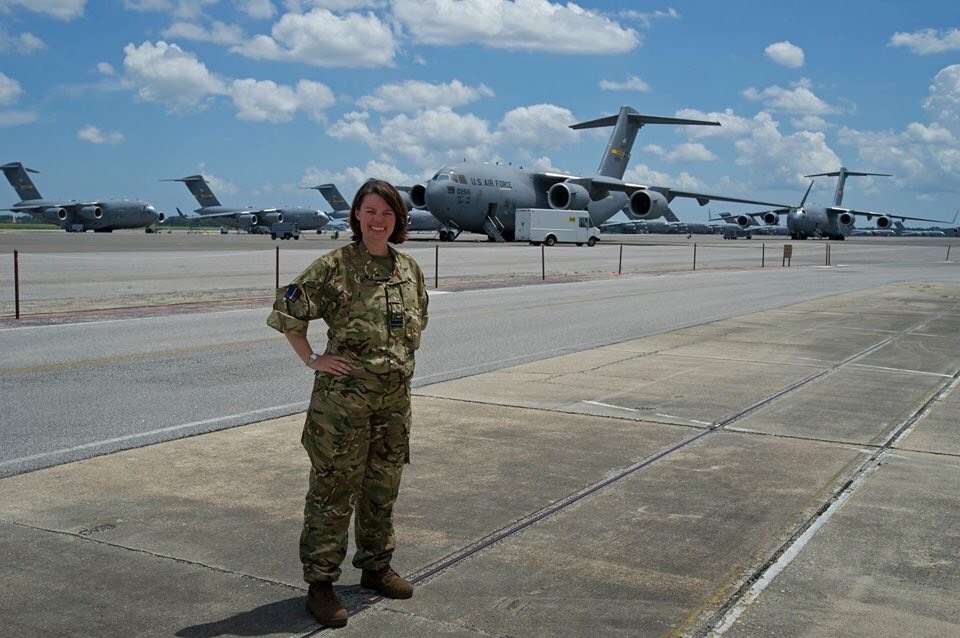 On National Reserves Day (22 June), Ministry of Defence civil servant and RAF Reservist Lesley Woods is proud to be the third generation in her family to serve. From eating a sheep’s head in Jordan to rescuing stranded baby turtles on Ascension Island, or evacuating a TV crew from a burning tent, Lesley’s grabbed every opportunity and is now bringing forward the next generation.

I wanted to join the RAF from the age of eight; I grew up on epic stories of crazy adventures, my bedroom shelves filled with postcards and presents from exotic locations. 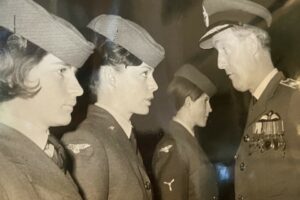 My mum kept a photo album of her time as a dental nurse in the Women’s Royal Air Force in the sixties and seventies, mostly photos of parties! She was a poster girl for the 1972 recruitment pamphlet, chosen for her glamorous good looks, following her own mother’s example of service behind the wheel of an ambulance in the Auxiliary Territorial Service of the 1940s.

At age 21, the RAF turned me down at Officer Selection. I had joined the Air Cadets, done my research, prepared for all the interviews, but I was too keen.

“Go get some life experience,” they advised. I pursued my second love, public relations and media, and my ambition of joining faded into memory. It was only after a chance encounter with a Reservist who said there was such a thing as a ‘Media Squadron’ that I tried again aged 33. I also joined the Civil Service that year.

I’ve often used the skills learned in the Reserves to help me in my Civil Service career, but I always felt that the two roles demanded different qualities. I had feedback that my day job colleagues thought I was very militaristic in my line management, too forthright in my approach, yet that same unflappable confidence helped me progress to a Grade 7 role.

In my initial officer training, one of my RAF instructors asked that I “refrain from using media language” when I briefed others. As a mature woman, expected to lead men in their late teens and early twenties, he thought my approach undermined strong leadership. They seemed concerned I didn’t fit the mould – I’m very glad I didn’t!

As I progressed through courses at the Defence Academy in Shrivenham, I gained an appreciation of how I could add value by remaining my authentic self. I started to bring everything I was to both jobs, rather than compartmentalise myself as fitting into either one perfectly. This is the real value of what Reservists bring – we have a different perspective on life, with a foot in both camps. For me, the lesson of seeking to lead (and know) yourself before leading others is key.

How Job Sharing is Going Mainstream

How wonder of workplace adjustments made life easier