NICE has published its draft updated guideline on the diagnosis and treatment of high blood pressure (hypertension) for public consultation. 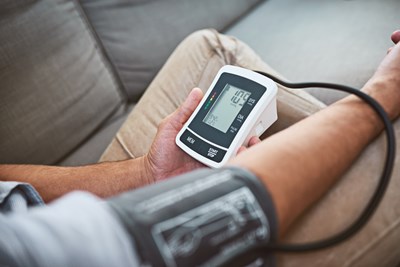 In the biggest change to NICE’s previous guidance published in 2011, the level of a person’s cardiovascular disease risk at which treatment for high blood pressure can be started has been reduced.

The draft guideline recommends that blood pressure lowering drugs should be offered to people aged under 80 with a diagnosis of stage 1 hypertension who have a 10% or greater risk of developing cardiovascular disease within the next 10 years.

It is estimated that around 450,000 men and 270,000 women would fall into this category. However, it is likely that the impact of the new recommendations will in fact be lower as some estimates suggest half of people in this category are already receiving treatment.

The draft guideline also considered new studies suggesting people with blood pressure below the level at which high blood pressure is usually diagnosed (140/90mmHg) might also benefit from medication. It also looked at what the effect would be of lowering the blood pressure target for people on treatment. However, some of these studies, which formed a key part of the evidence reviewed in other recent international hypertension guidelines, were difficult to interpret because they included people who had other conditions that would also raise their CVD risk, such as chronic kidney disease. Therefore, these studies could not be directly used to inform the recommendations in this draft guidance.

“Many people with high blood pressure don’t actually know they have it because it rarely causes any noticeable symptoms. However, it is by far the biggest preventable cause of death and disability in the UK through strokes, heart attacks and heart failure. A rigorous evaluation of new evidence has resulted in updated recommendations around when to treat raised blood pressure that have the potential to make a real difference to the lives of many thousands of people with the condition.”

“High blood pressure is the country’s leading cause of heart attacks and strokes yet millions remain undiagnosed. Diagnosing high blood pressure earlier and managing it in line with NICE guidance will save thousands of lives and years spent in ill-health. That’s why we’ve set new national ambitions to improve the detection and management of high blood pressure within the next decade. If you’re over 40, getting your free NHS Health Check is a simple way to find out your blood pressure as well as your risk of other serious conditions.”

In 2015 high blood pressure affected more than 1 in 4 adults (31% of men; 26% of women) – around 13.5 million people – and contributed to 75,000 deaths in England. The clinical management of hypertension accounts for 12% of visits to primary care and up to £2.1 billion of healthcare expenditure.

The draft guideline supports the direction of the NHS Long Term Plan and CVD ambitions to improve outcomes in cardiovascular disease, including preventing strokes and heart attacks, through better detection and treatment of high blood pressure.

The draft guideline is open for public consultation until 23 April 2019. Final guidance is expected to be published in August 2019.

A new treatment option for patients with extensive-stage small-cell lung cancer has been approved by NICE.

NICE is delighted to announce that Sharmila Nebhrajani, OBE, yesterday (26 May 2020) took up her position as its new chairman following her appointment by the Secretary of State for Health and Social Care and an independent open recruitment process.

Draft guidance published today (22 May 2020) by NICE recommends atezolizumab for treating people with a type of breast cancer, called triple negative breast cancer, that has spread to other parts of the body

NICE recently (15 May) published 2 new rapid COVID-19 guidelines. The first is on chronic kidney disease (CKD) and the second on interstitial lung disease.

The first is on the care of children and young people who are immunocompromised and the second on antibiotics for pneumonia in adults in hospital.

NICE joins international collaboratives to respond to the COVID-19 pandemic

NICE is supporting a growing number of international collaborations to share knowledge and identify treatments in response to the COVID-19 pandemic.

NICE has published 2 new rapid COVID-19 guidelines on the care of patients with suspected and confirmed COVID-19.