Opening with the original Treason Act of 1352, elements of which are still on the statute books today, Treason: People, Power & Plot explores stories as diverse as the charges brought against Anne Boleyn in 1536, the trial and execution of Charles I in 1649, the efforts of enslaved Baptist preacher Samuel Sharpe and his support for emancipation in Jamaica in 1832, and the case of “Lord Haw-Haw” William Joyce, who broadcast Nazi propaganda during the Second World War.

Appropriately for a 5 November opening, several documents relating to the Gunpowder Plot will be on display. These include the original letter warning Lord 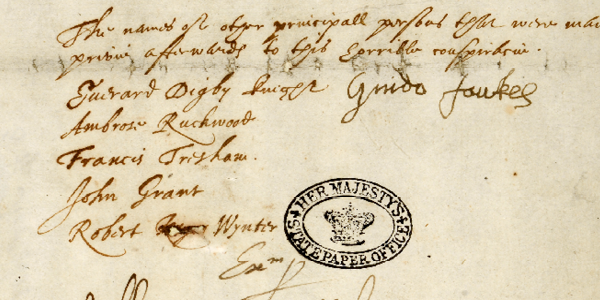 Monteagle not to attend the opening of parliament on 5 November 1605, Guy Fawkes’ signed confession, James I’s sanctioning of torture, and the ‘Thanksgiving Act’ which established the annual observance of bonfire night.

Many of the letters, pamphlets, posters, maps and trial papers forming the exhibition are being displayed for the first time ever, and visitors will be able to see a range of treasures from our collection. For more reasons to visit click here.

“The National Archives holds an unmatched collection of records encompassing centuries of treasonous acts which allow us to make comparisons and show how events can be influenced by previous experiences throughout our shared past.”

Our exhibition curators have also written a book which complements the exhibition and provides more background and context to the stories being told. A History of Treason: The Bloody History of Britain Through the Stories of its Most Notorious Traitors is available to buy from our shop.

If you can’t make it to Kew, there will be opportunity to attend an online tour as 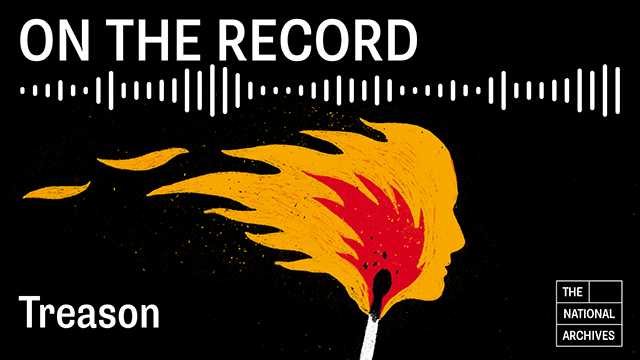 part of our Treason Season, and you can also learn more about the treasonous records we hold in a special three-part mini-series of our On the Record podcast.

Details of our events programme can be found here, with Treason Season highlights including Robert Harris talking about his new novel Act of Oblivion, an evening with Philippa Gregory, and Tracy Borman discussing treachery and deception during the reign of Elizabeth I.

We’ve also partnered with Windsor & Eton Brewery to produce a special limited edition can of their popular Treason IPA.  The West Coast IPA has won several gold medals in national and international competitions and is one of their most popular brews. The limited edition 440 ml cans feature our Treason campaign graphic and will be available to buy in our shop and cafe.

Treason: People, Power & Plot will be open from Saturday 5 November 2022 to Thursday 6 April 2023. Visit our treason portal to find out more.

Our award-winning education service provides invaluable support for teachers and students with a full range of learning resources and taught sessions covering the span of British history from the medieval period to present day. We also provide a dedicated learning programme for students with Specialist Educational Needs and Disabilities.

The Secretary of State for Northern Ireland, Rt Hon Chris Heaton-Harris MP, has announced the development of a new educational package telling the story of the Belfast (Good Friday) Agreement and Northern Ireland’s transformation over the past quarter century.