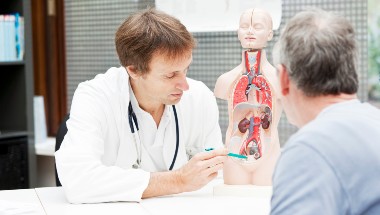 Men who suffer with an enlarged prostate could now be treated with technology which reduces the risks of serious complications, NICE has said in final guidance.

The PLASMA system uses electrodes to cut out prostate tissue and stop any local bleeding afterwards.

Clinical outcomes are the same as the conventional monopolar transurethral resection of the prostate (mTURP), but PLASMA avoids the risk of transurethral resection syndrome and reduces the need for blood transfusion and the length of hospital stay. This means that the treatment costs are less than for mTURP – saving hospitals up to £534 per procedure.

One in three men over the age of 50 have symptoms of an enlarged prostate, including needing to visit the toilet more frequently, with more urgency and have difficulty emptying their bladder.

Surgery is offered to patients with prostate enlargement if problems passing urine are severe or if drug treatment and lifestyle changes have been unsuccessful. Around 15,000 prostate resection procedures are carried out each year in England and Wales.

"When men who suffer from an enlarge prostate have exhausted non-surgical options like lifestyle changes or medication, surgery is often the only option.

"For those with more severe symptoms or complications, such as urinary infections or a complete stoppage in the urinary tract, a surgical procedure using electrodes to cut out prostate tissue and stop any local bleeding afterwards (the PLASMA system) can make a difference.

"Surgery can completely change a man's quality of life and the evidence seen by our committee shows this treatment is clinically effective and cost-saving to the NHS."

Cost modelling estimates that the PLASMA system is cost saving by £459 per procedure compared with mTURP for hospitals that already use an Olympus platform and £343 for those that do not. This assumes a reduced (two-day) length of stay with PLASMA. Evidence suggests there are reduced readmissions with the PLASMA system compared with mTURP. This would increase the cost saving to between £418 and £534 per procedure.

More than 110 centres across the NHS are able to offer the PLASMA procedure, which typically costs around £972.

Thousands of people asked each year could be missing out on brief interventions to help curb problem drinking, or a potential referral to specialist alcohol services.