Two people have been arrested as part of an NCA investigation into a suspected organised crime group believed to have been involved in the importation of a significant amount of MDMA into the UK in picture frames and sealant tubes. 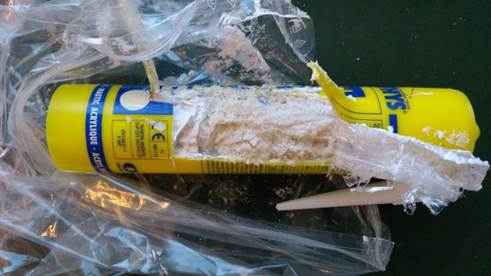 The duo were detained on suspicion of being concerned in the importation and exportation of class A controlled drugs during raids in Manchester and Doncaster in the early hours of this morning.

The NCA investigation started after five parcels with a significant amount of MDMA in crystalline form – destined for addresses in the UK – were intercepted within a month. The first was found in Belgium on 8 November 2019, and the following four were intercepted between 5 and 6 December by Border Force at Coventry International postal hub.

The exact weight and purity of the MDMA is yet to be determined, but the amount is likely to be worth hundreds of thousands of pounds.

A 41-year-old man and a 41-year-old woman were arrested at his home in the Moston area of Manchester. Further addresses were raided including a bar and nightclub in the centre of the city, and a residential address in the Harworth area of Doncaster. Searches were carried out at all three addresses, and thousands of pounds of cash plus a small quantity of drugs were recovered. NCA officers also identified people living at the addresses who are in the country illegally who will now be dealt with by Immigration Enforcement. Two potential victims of modern slavery were also safeguarded.

The NCA investigation is being supported by Greater Manchester Police (GMP) and Immigration Enforcement.

“Drug trafficking is a major source of revenue for organised criminals, many of whom are involved in other criminality.

“Disrupting the supply of Class A drugs and the violence it fuels on our streets is a priority for the NCA, alongside the safeguarding of potential victims of modern slavery.

“Working alongside our partners we are determined to do all we can to disrupt and dismantle these international criminal networks and safeguard the public.”

“We welcome the action taken by our colleagues at the NCA to disrupt and dismantle serious organised criminality with the communities of Greater Manchester.

“Officers from our city centre licencing team attended the bar and nightclub involved in today’s action to ensure that they were adhering to their requirements to provide safe and legally compliant venues so that the public can continue to enjoy the venues in a safe environment.

“Whilst the NCA investigation progresses we will continue to work closely with our key partners within Manchester City Council to target premises and organisations with links to criminal activity. Drugs and other organised crime have no place on our streets.”

A man who was part of a Vietnamese organised crime group responsible for smuggling migrants from Vietnam to the UK has been arrested in East Sussex by the National Crime Agency.