The UK-built Solar Orbiter is preparing to leave the Airbus factory in Stevenage to travel to Germany for testing, ahead of its launch in 2020 from Cape Canaveral in Florida, USA.

The UK is at the heart of this European Space Agency (ESA) mission to uncover the secrets of our planet’s star. Solar Orbiter will provide close-up views of the Sun’s polar regions, tracking features such as solar storms and the solar wind which causes Earth’s atmosphere to light up as the Aurora or Northern Lights. The north and south poles of the Sun ‘flipped’ in 2013 and Solar Orbiter will also explore this phenomenon.

ESA selected Airbus Defence and Space in the UK as the prime contractor on the mission in 2012, to lead a team of companies and universities from all over Europe that supply various parts of the spacecraft.

The UK is a world-leader in solar physics research and its scientists are in high demand on solar missions. UK scientists were instrumental in proposing the Solar Orbiter mission to ESA and the UK Space Agency funded teams from University College London, Imperial College London and the RALSpace to design and build three out of the ten state-of-the-art scientific instruments on board the spacecraft, and to contribute to a fourth.

Our space sector is going from strength to strength with full backing from the Government’s modern Industrial Strategy and the UK Space Agency. We have world-class scientists and a strong track record of exporting to countries all over the world. From sending spacecraft to the Sun to supporting new technologies here on Earth, our commitment to the European Space Agency will continue to deliver ground-breaking discoveries, highly-skilled jobs and substantial economic returns to Britain.

Solar Orbiter will follow in the footsteps of NASA’s Solar Parker Probe which launched in August. The two missions will offer complementary perspectives of the Sun – Parker Solar Probe will travel through the Sun’s atmosphere, while Solar Orbiter will observe the surface. In fact, their close operation should allow Solar Orbiter to capture images of the NASA spacecraft.

This is an exciting time for solar science. UK research and engineering teams are at the heart of this mission which will help us understand more about our star – the Sun – and its effects on us all here on Earth. 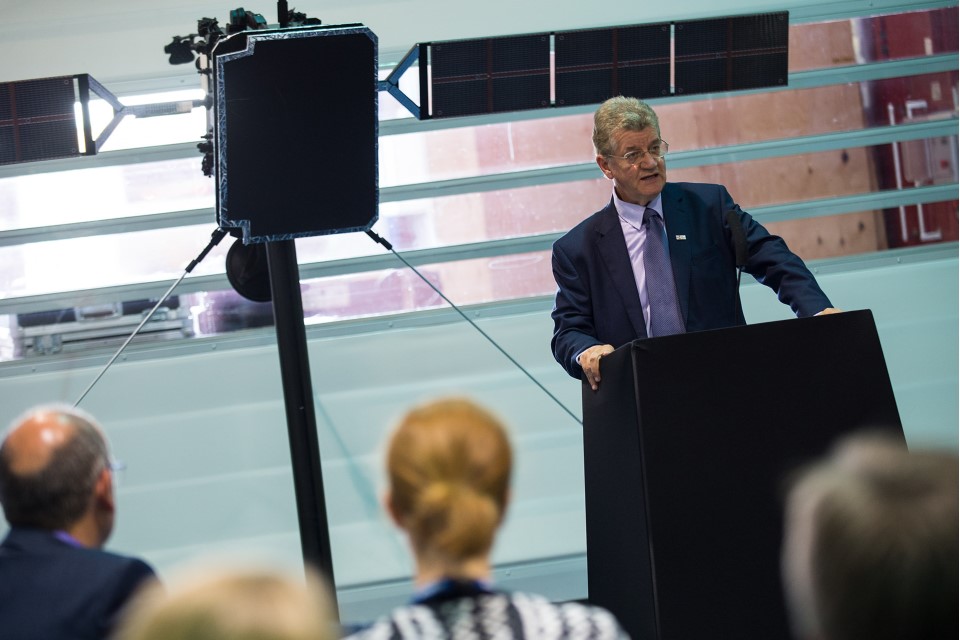 Engineers at Airbus have designed and built the spacecraft to withstand the scorching heat from the Sun that will hit one side, while the other is frozen as the orbit keeps it in shadow. The design is based on the BepiColombo mission which is due to launch next month and travel to the closest planet to the Sun, Mercury – another ESA mission with significant involvement from UK engineers and scientists.

The UK’s space sector is going from strength to strength, employing around 40,000 people and carrying our world-class science while growing the economy. In 2016 the UK committed €1.4 billion across a range of ESA space programmes, leading European space research in telecommunications and Earth Observation.

This is all supported by the Government’s Industrial Strategy, with major initiatives such as the National Satellite Test Facility at Harwell and the development of a commercial spaceport in Sutherland, Scotland, which could be the first in mainland Europe. The UK continues to be a leading member of ESA, which is independent of the EU.

UK companies have significant capabilities and expertise in satellite manufacturing. Yesterday (Sunday 16 September) a UK satellite called NovaSAR-1 which was built in Surrey by SSTL launched from India. SSTL already has 40% of the world’s small satellite export market, and this new satellite will offer low cost remote sensing capabilities and services to their global customers, with a recent deal agreed with Australia’s Commonwealth Scientific and Industrial Research Organisation (CSIRO) to provide Australia a 10% share of the satellite’s capabilities.

Citizens Advice: Seven things to check if you’re at risk of redundancy

With the furlough scheme due to end on 30 September, Citizens Advice has set out your essential checklist if you’re facing redundancy.

Darren Hughes, director of the Welsh NHS Confederation, responds to the latest review of Coronavirus restrictions in Wales.

The Auditor General has published an updated infographic on the NHS (Wales) summarised accounts for 2020-21.

Bold decisions from Government this autumn can unlock a ‘wall of investment’ from private sector investors with the power to turbocharge the UK’s recovery, bring levelling-up ambitions to life and underpin the transformation to a net zero economy.

A UK satellite company will provide the first commercial link between Earth and the Moon.

A new coalition with members from Royal Colleges, health charities and patient groups has come together to ensure the interests of patients are at the heart of the development of policy in digital health technology.

Audit Wales - Many services were stretched before the COVID-19 pandemic, the coming years will offer little respite for the public finances

After a decade of squeezed budgets and rising demands, public services are grappling with three over-arching crises of global proportion.

Investment in public sport and leisure facilities and services is key to levelling up the health of the nation, tackling health inequalities and supporting climate change targets, a new report supported by the Local Government Association sets out today.

The Scottish Government estimates it has spent over £8.8 billion of the £9.3 billion allocated to support Covid-19 spending in 2020/21.