After a seven-month journey, NASA’s car-sized Mars Perseverance rover will make its final descent to the Red Planet to begin its search for traces of life.

The rover’s mission – backed by the UK government – is to explore and collect samples for future return to Earth from diverse ancient environments on Mars. Supported by over £400,000 in funds from the UK Space Agency, researchers at Imperial College London and the Natural History Museum will help to decide which samples are sent to Earth in a search for evidence of ancient microbial life on Mars.

The research destination is Jezero crater, a 28-mile-wide depression containing sediments of an ancient river delta. At this location, evidence of past life could be preserved. The Perseverance rover will gather samples of Martian rocks and soil using its drill. The rover will then store the sample cores in tubes on the Martian surface ready for a return mission to bring around 30 samples to Earth in the early 2030s. 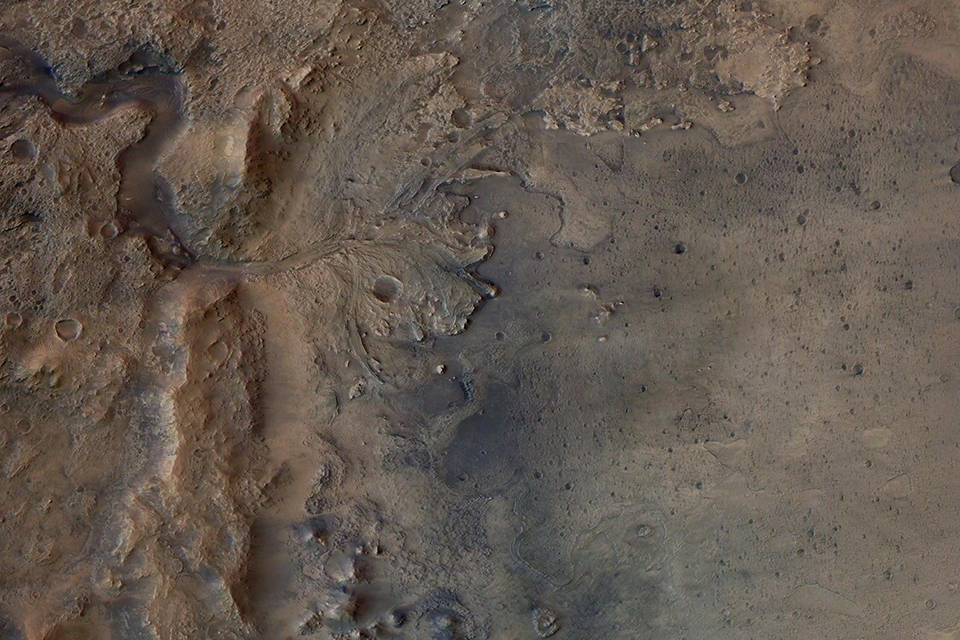 It takes scientists, artists and engineers from all around the globe, all working together to lead a successful mission.

Find out their story, and how you can get involved at stem.org.uk/mars.

The Red Planet has been a source of fascination for centuries, and it is thrilling to be that little bit closer to finding out if there is life on Mars.

I am incredibly grateful to the scientists, researchers and engineers involved in this effort from the UK and around the world, and trust that it will inspire a new generation of space scientists across the country.

NASA’s Perseverance rover was one of three space missions sent towards Mars during a July 2020 ‘launch window’. This minimum-energy launch period occurs approximately once every two years and two months and is the most economical time in which a rocket can be launched in order to reach its intended target. The next window in 2022 will see the UK-built Rosalind Franklin rover blast into space. 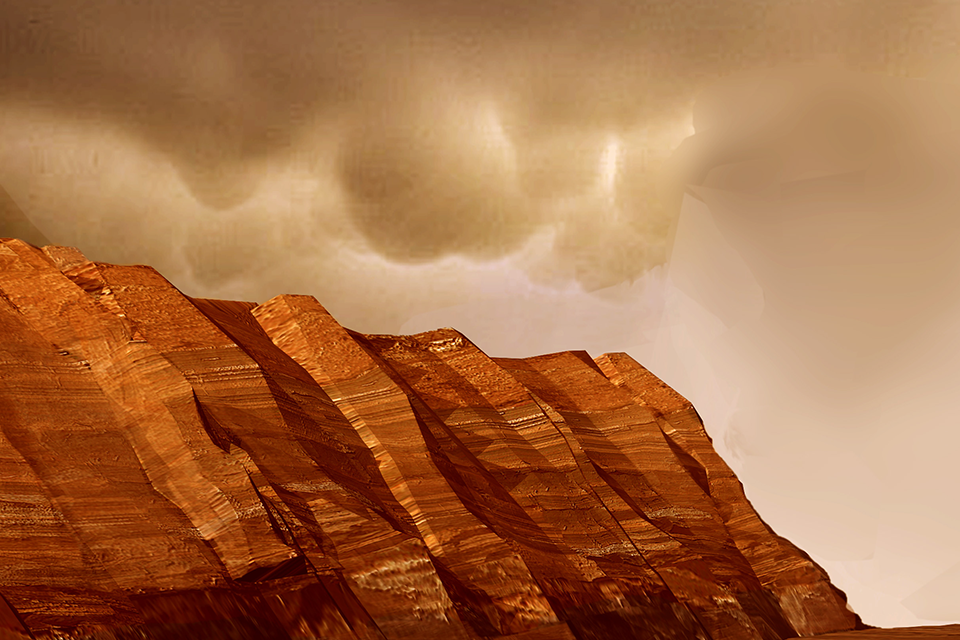 The Perseverance mission has several science goals. It is carrying instruments geared to search for the carbon building blocks of life and other microbial biosignatures (morphological and chemical traces of life) and to reconstruct the Red Planet’s geological history.

It is great to see a strong representation of UK scientists and engineers involved in the Perseverance mission. Over the next few years, our scientists will play a leading role in this international endeavour, from managing science operations to deciding which samples are to be returned to Earth.

Perseverance will bring us one step closer to answering the question that’s been on the lips of Bowie fans and scientists for the last forty years.

Its instruments will analyse scientifically interesting samples at the Martian surface. Selected samples will be collected by drilling down to several centimetres and then sealed in special sample tubes and stored on the rover.

When the rover reaches a suitable location, a cache of the tubes will be dropped on the surface of Mars to be collected by the Sample Fetch Rover, currently being developed by Airbus in Stevenage, which will take them to the NASA Mars Ascent vehicle. Professor Caroline Smith is involved in working with NASA and ESA scientists planning for how the samples will be curated upon their return.

It’s a great honour and so exciting to be working with a fantastic team of international scientific and engineering experts on this ground-breaking mission. We have the best opportunity with the fantastic instruments on board Perseverance and with the prospect of amazing samples being returned to Earth to finally answer the tantalising question of “Was there life on Mars”!

The rover also carries the Ingenuity Mars Helicopter, which will fly short distances from the rover and marks the first attempt at powered, controlled flight on another planet. A successful test of the helicopter could lead to more flying probes - to survey the landscape on other planets. 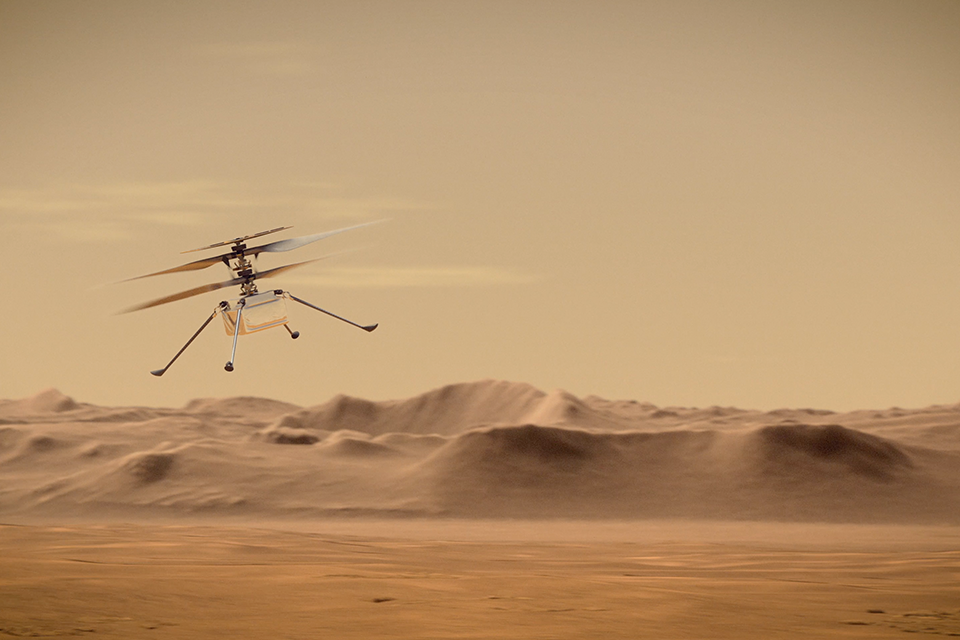 Perseverance will be trialling technologies to help astronauts make future expeditions to Mars. These include testing a method for producing oxygen from the Martian atmosphere, identifying other resources, such as subsurface water, improving landing techniques, and characterising weather and other environmental conditions that could affect future astronauts living and working on Mars.

Professor Sanjeev Gupta, a geologist at Imperial College London, will be studying the ancient delta and lake sediments exposed in Jezero crater to reconstruct its evolution.

Prof Gupta is also one of the ten Long Term Planners for the mission. He will be working closely with the science team to develop the mission’s strategic science vision, making sure that it fulfils its science objectives. Day-to-day he will work with the engineers in rover operations to search for samples of rocks for a future return to Earth.

It is crucial to understand what the Martian climate was like early in Mars’ history and whether it was habitable for life. Analysis of data from instruments onboard Perseverance will help us define the best spots to collect rock samples for future return to Earth.

Laboratory analyses of such samples on Earth will enable us search for morphological and chemical signatures of ancient life on Mars and also answer key questions about Mars’ geological evolution.

Professor Mark Sephton, also from Imperial College London, is an astrobiologist who specialises in recognising the organic records of past life in rocks and will help the team select samples for eventual return to Earth.

This could be the mission that answers the question of whether life ever existed on Mars. Evidence of biology on another planet would mean that life on Earth was not alone.

We need to choose the best samples from a planet’s worth of opportunities and return around half a kilogram of material from Mars. The molecular fingerprints of Mars life need not only to have been generated, but also preserved over billions of years.

Once safely back on Earth the samples of Mars will reveal their secrets when examined by the most powerful instruments available.

Palaeontologist Dr Keyron Hickman-Lewis, also from the Natural History Museum, will be working as part of the Returned Sample Science team, concentrating on identifying geological materials with high biosignature preservation potential. Put simply, these samples improve our chance of finding traces of life and revealing secrets from the past environments of Mars and what sort of ecosystems may have existed.

Jezero Crater hosts a wide array of rock types from settings that may have hosted life: fine-grained sediments, carbonates and siliceous rocks, all of which are known to preserve fossilised traces of life on Earth with exceptional fidelity. We hope that the same may be true on Mars, and that these may provide us with unparalleled opportunities to understand environments, and potentially a biosphere, during the early history of Mars.

UK company Teledyne e2v has provided the image sensors to drive two of the instruments onboard Perseverance, SuperCam and SHERLOC. Teledyne’s sensors have previously been used in the ChemCam instrument on-board NASA’s Curiosity rover. The SuperCam and SHERLOC instruments of Perseverance will advance this capability by searching for organic compounds and minerals denoting alteration by watery environments, demonstrating habitable environments that may have hosted past microbial life on the Red Planet.

Teledyne e2v has somewhat of a long and very proud tradition in supplying imaging technology for Mars missions, for both orbital and rover type vehicles and are also providing sensors for the Rosalind Franklin rover too. Our Essex based team work tirelessly to develop the technology to meet the demanding performance requirements for missions such as going to Mars and on behalf of everyone I wish the mission every success.

Next year the Rosalind Franklin rover – named after the pioneering British chemist – will go to Mars as part of the European Space Agency’s ExoMars mission to examine the subsurface geological environment on Mars and search for signs of life, past or present.

The Rosalind Franklin rover, which was built by Airbus in Stevenage, will be able to drill two metres depth, gathering samples from regions not affected by radiation or oxidation at the surface.

CIPD - Half of employers don’t have a financial wellbeing policy, despite financial impact of COVID-19

TUC General Secretary Frances O’Grady yesterday commented on the government’s announcement that the job retention scheme will continue until the end of September, with reduced rates of support from July.

At least 1 in 7 children and young people has lived under stay-at-home policies for most of the last year, putting mental health and well-being at risk – UNICEF

At least 1 in 7 children – or 332 million globally – has lived under required or recommended nationwide stay-at-home policies for at least nine months since the start of the COVID-19 pandemic, putting their mental health and well-being at risk, UNICEF warned today.

Cllr Ian Hudspeth, Chairman of the Local Government Association’s Community Wellbeing Board, responded to a government announcement of £100 million extra funding for healthy weight programmes, including £35 million allocated to councils

Danny Mortimer chief executive of the NHS Confederation, responded to the Budget

Budget: Chancellor is ‘gambling with the recovery’

Cllr James Jamieson, Chairman of the Local Government Association, responded to the Budget

CBI yesterday responded to the Budget.