Higher skilled roles drive joint record high employment rate of 76.1% and over 32 million people are in work in the UK, up over 3.6 million since 2010.

A booming higher-skill jobs market is driving continued record employment in the UK, new figures published yesterday (14 May 2019) from the Office for National Statistics (ONS) show.

The UK unemployment rate fell again to 3.8%, its lowest level since 1974, with female unemployment falling even further to a record low of 3.7%. 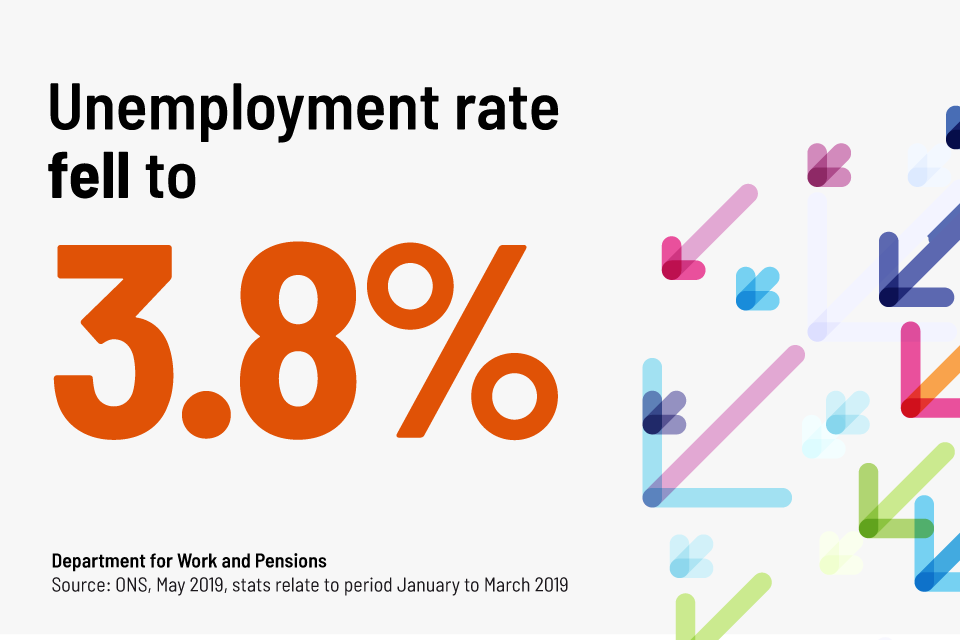 14.8 million are now employed in higher skilled roles, from professional tradespeople to scientists, nurses and accountants – a boost of 2.6 million since 2010, making up over 75% of the growth in employment.

Unemployment also remains at its lowest rate since the 1970s at 3.8%, as the figures also showed a record proportion of people from ethnic minorities are now in work, at 66.5%.

Maintaining our record employment rate with unemployment falling again to just 3.8%, its lowest rate since 1974, once again shows the success of our balanced approach to managing the economy.

Rising wages and booming higher-skilled employment means better prospects for thousands of families, and with youth unemployment halving since 2010, we are creating opportunities for all generations.

We now need to shift some of our focus to upskilling people and supporting them into roles with real career progression to create a modern workforce fit for the challenges of the 21st century. 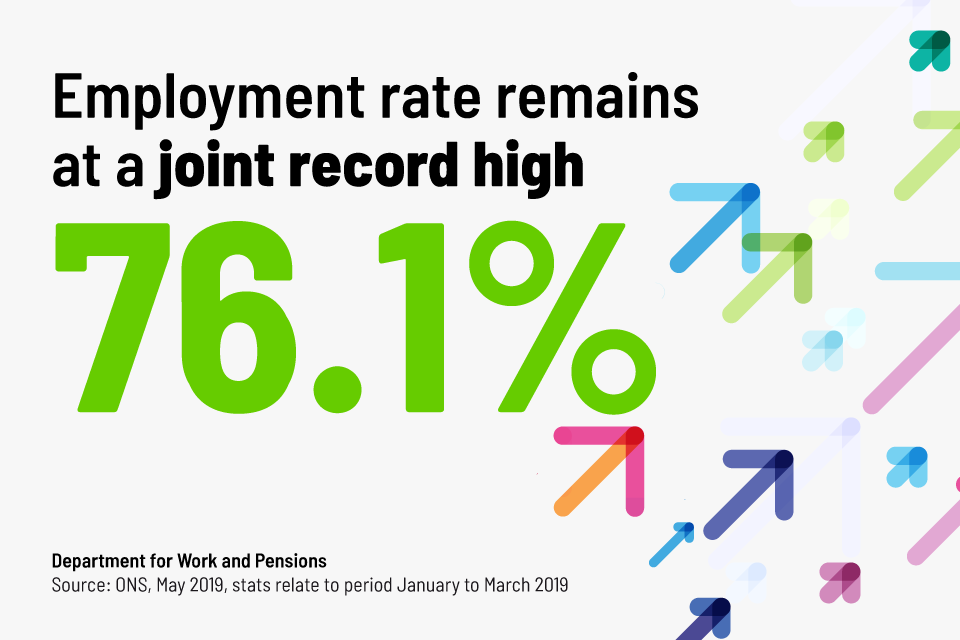 Wage growth also continued its upward trend this month, growing by 3.2%, a 1.3% rise in real terms.

Figures also show 3.9 million people from ethnic minority backgrounds are in work. Despite this encouraging trend, the department is already going further to support workers in these groups. Rolling out new jobcentre programmes such as mentoring circles and establishing closer working links with local community centres and mosques.

The Department for Work and Pensions has appointed Sarah Newton as Chair of the Health and Safety Executive (HSE) Board.

The Secretary of State for Work and Pensions has appointed Nick Markham as Lead Non-Executive Director.

The Disability Unit has established a new Disabled People’s Organisations (DPOs) Forum to strengthen its engagement with disabled people.

Measures to protect savers and the climate are at the heart of the government’s Bill.

The Secretary of State for Work and Pensions participated in the International Labour Organisation Virtual Global Summit on COVID-19 and the World of Work (09 July 2020).

The Department for Work and Pensions is improving the way it handles complaints and making it simpler.

Work and Pensions Secretary, Thérèse Coffey’s speech to the Organisation for Economic Co-operation and Development.

The Secretary of State for Work and Pensions has appointed Rachel Wolf and Eleanor Shawcross as Non-Executive Board Members.