The UK will be at the forefront of the fight against life-threatening diseases after confirming that it has signed the European X-Ray Free-Electron Laser (XFEL) convention in Berlin, Germany yesterday (19 March). The XFELprogramme uses a super-strength laser to help understand life-threatening viruses.

The UK’s membership of XFEL reinforces the government’s modern Industrial Strategy, and through the Ageing Society Grand Challenge, the government is committed to harnessing the power of innovation to create the treatments of the future and maintain our position of being a world-leader in science, research and innovation.

The XFEL, one of the most powerful X-ray machines ever built, acts like a huge microscope, using intensely bright and short duration X-ray flashes which will enable scientists to map the atomic details of viruses. The laser also allows scientists to look in greater detail to the composition of cells, take 3D images of atoms and molecules and study processes such as those occurring deep inside planets.

The incredible XFEL will help us better understand life threatening diseases by using one of the world’s most powerful X-ray machines. Working with our international partners, the super-strength laser will help develop new medical treatments and therapies, potentially saving thousands of lives across the world.

Through our modern Industrial Strategy we are investing an extra £4.7 billion into research and development. I am determined that we continue to secure our position as being a world-leader in science, research and innovation and I can’t wait to see the results that come from our participation in this extraordinary project. 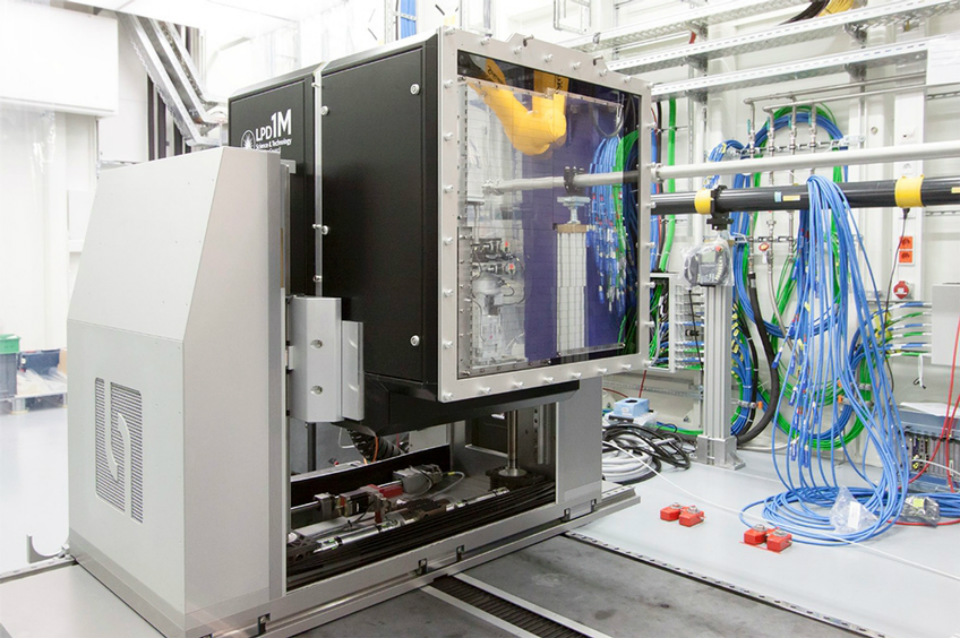 British engineers from the Science and Technology Facilities Council (STFC) have already built the advanced camera for XFEL, called the Large Pixel Detector (LPD). The camera operates at a frame rate of 4.5MHz - 4.5 million pictures per second.

The UK has been involved with XFEL since 2008, contributing £30 million towards the construction of the facility, and every following year we will contribute £2.5 million towards operations costs.

STFC have also contributed a number of UK researchers who are currently working at the facility. The UK has also developed a training facility at the Diamond Light Source on the Harwell campus in Oxfordshire for British scientists. The UK XFEL life sciences hub will enable users to fully prepare for their experiments with XFELs.

Latest News from
Department for Business, Innovation and Skills

Government to clamp down on unsafe lasers

Government announces landmark campaign to inspire next generation of engineers

The Year of Engineering will see government and industry offer young people across the UK a million direct experiences of engineering in a major push to tackle skills gap.

The second Contracts for Difference auction for renewable technologies was launched yesterday.

Toyota Motor Europe has announced it is investing £240 million to upgrade its car plant in Burnaston, Derbyshire.

Consumer minister writes to Whirlpool UK asking for reassurance that everything possible is being done to ensure the safety of consumers.

Energy Trends and Energy Prices publications are published yesterday 29 September 2016 by the Department for Business, Energy and Industrial Strategy.

£250 million milestone for Start Up Loans

£250 million of Start Up Loans have been made available to entrepreneurs, Business and Energy Secretary Greg Clark announced yesterday.