Scientists have used UK supercomputers to recreate the entire evolution of the cosmos, from the Big Bang to the present. 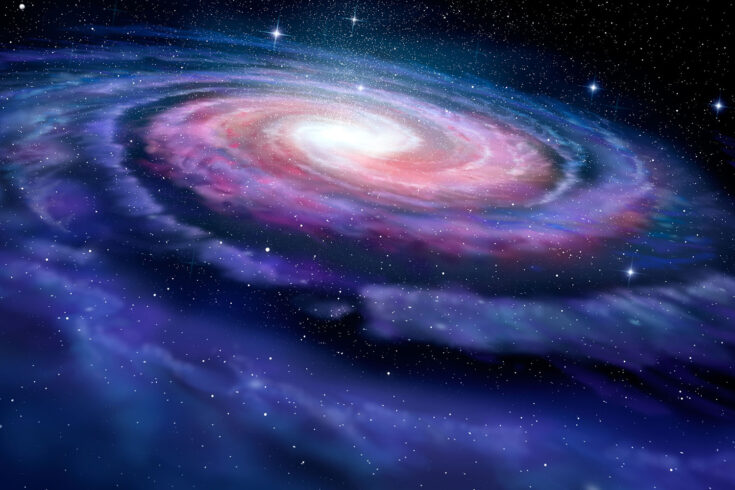 One of the UK’s most powerful high-performance computers has helped scientists produce the largest and most accurate virtual representation of the universe to date.

The simulations were carried out at Durham University, using the Distributed Research utilising Advanced Computing (DiRAC) High Performance Computing (HPC) facility. This was funded by the Science and Technology Facilities Council (STFC), part of UK Research and Innovation (UKRI).

Big Bang to the present

The simulations enabled the international team of scientists to recreate the entire evolution of the cosmos, from the Big Bang to the present.

The new DiRAC-3 service at Durham is delivering world-leading science within weeks of going live. This is a great example of the benefits of co-design for HPC systems.

By drawing on the expertise of the DiRAC technical team at Durham, our industry partners, and the researchers, the resulting system is ideally suited to this kind of simulation. Congratulations to everyone involved in producing this exciting result.

The findings are published in the Monthly Notices of the Royal Astronomical Society.

The simulation, named SIBELIUS-DARK, is part of the ‘Simulations Beyond the Local Universe’ (SIBELIUS) project.

It covers a volume up to a distance 600 million lightyears from Earth and is represented by over 130 billion simulated ‘particles’. This required many thousands of computer cores working in tandem over several weeks and producing over one petabyte of data.

To put that into perspective, one petabyte is the approximate equivalent to 500 billion pages of standard printed text.

The team used advanced statistical techniques to simulate our specific patch of the universe, containing the present-day structures close to our galaxy, the Milky Way, and the nearby Andromeda galaxy.

With the help of these ‘cosmological simulations’ combined with statistical equations, the team was able to understand how dark matter and cosmic gas evolve throughout the universe’s lifetime.

They discovered that our local patch of the universe may be somewhat unusual as the simulation predicted a lower number of galaxies than found in an average region of the universe. This was due to a local large-scale ‘underdensity’ of dark matter.

While the level of this underdensity is not considered to be a challenge to the standard model of cosmology, it could have consequences for how we interpret information from observed galaxy surveys.

Read the full paper at SIBELIUS-DARK: a galaxy catalogue of the Local Volume from a constrained realisation simulation.

It comprises supercomputers at:

Each supercomputer is designed to support specific types of calculations.

DiRAC also provides access to a team of expert research software engineers to help researchers make the most efficient use of the available computing resources.