On 12 December, Britain will hold the most consequential election in its postwar history. The outcome of the election will influence not only the fate of Brexit but also the likelihood of a second referendum on EU membership, a second independence referendum in Scotland, the most economically radical Labour Party for a generation, Britain’s foreign and security policy and, ultimately, its position in the wider international order.

If you look only at the latest polls, then the outcome looks fairly certain. Ever since a majority of MPs voted to hold the election, the incumbent Conservative Party has averaged 38%, the opposition Labour Party 27%, the Liberal Democrats 16%, Brexit Party 10%, Greens 4% and Scottish National Party 3%. Prime Minister Boris Johnson and his party continue to average an 11-point lead which, if this holds until the election, would likely deliver a comfortable majority.

Johnson can also point to other favourable metrics. When voters are asked who would make the ‘best prime minister’, a clear plurality (43%) say Johnson while only a small minority (20%) choose the Labour Party leader, Jeremy Corbyn. Polls also suggest that, on the whole, Johnson is more trusted by voters than Corbyn to deal with Brexit, the economy and crime, while Jeremy Corbyn only tends to enjoy leads on health. All of this lends credence to the claim that Britain could be set for a Conservative majority and, in turn, the passing of a withdrawal agreement bill in early 2020.

But these polls also hide a lot of other shifts that are taking place and which, combined, make the 2019 general election unpredictable. One concerns leadership. While Boris Johnson enjoys stronger leadership ratings than Jeremy Corbyn, it should be remembered that what unites Britain’s current generation of party leaders is that they are all unpopular. Data compiled by Ipsos-MORI reveals that while Johnson has the lowest ratings of any new prime minister, Labour’s Jeremy Corbyn has the lowest ratings of any opposition leader since records began.

Another deeper shift is fragmentation. One irony of Britain’s Brexit moment is that ever since the country voted to leave the European Union its politics have looked more ‘European’. Over the past year, one of the world’s most stable two-party systems has imploded into a four-party race, with the anti-Brexit Liberal Democrats and Nigel Farage’s strongly Eurosceptic Brexit Party both presenting a serious challenge to the two mainstream parties.

In the latest polls, for example, Labour and the Conservatives are attracting only 61 per cent of the overall vote, well down on the 80 per cent they polled in 2017. Labour is weakened by the fact that it is only currently attracting 53 per cent of people who voted Labour at the last election, in 2017. A large number of these 2017 Labour voters, nearly one in four, have left for the Liberal Democrats, who are promising to revoke Article 50 and ‘cancel Brexit’. This divide in the Remain vote will produce unpredictable outcomes at the constituency level. 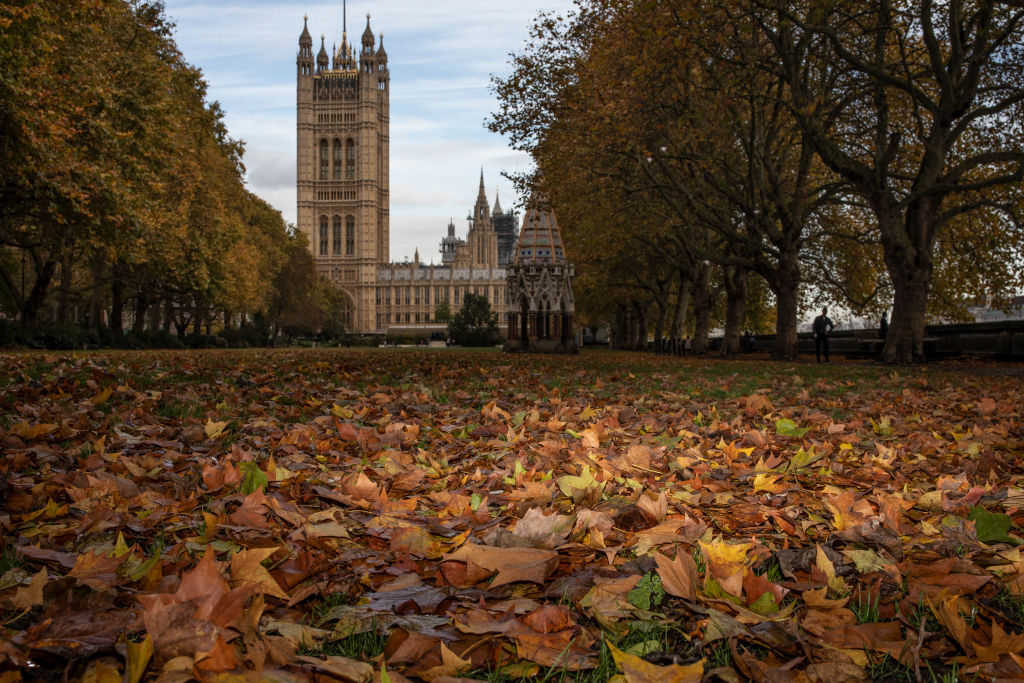 At the other end of the spectrum, the Conservatives are grappling with a similar but less severe threat. Nigel Farage and the Brexit Party are attracting around one in ten people who voted Conservative in 2017, which will make Boris Johnson’s task of capturing the crucial ‘Labour Leave’ seats harder. There is clear evidence that Johnson has been curbing Farage’s appeal, but it remains unclear how this rivalry on the right will play out from one seat to the next.

One clue as to what happens next can be found in those leadership ratings. While 80 per cent of Brexit Party voters back Johnson over Corbyn, only 25 per cent of Liberal Democrat voters back Corbyn over Johnson. Johnson may find it easier to consolidate the Leave vote than Corbyn will find the task of consolidating the Remain vote.

All of this reflects another reason why the election is unpredictable: volatility. This election is already Britain’s fifth nationwide election in only four years. After the 2015 general election, 2016 EU referendum, 2017 general election and 2019 European parliament elections, Britain’s political system and electorate have been in a state of almost continual flux. Along the way, a large number of voters have reassessed their loyalties.

As the British Election Study makes clear, the current rate of ‘vote-switching’ in British politics, where people switch their vote from one election to the next, is largely unprecedented in the post-war era. Across the three elections held in 2010, 2015 and 2017, a striking 49 per cent of people switched their vote.

This is not all about Brexit. Attachment to the main parties has been weakening since the 1960s. But Brexit is now accelerating this process as tribal identities as ‘Remainers’ or ‘Leavers’ cut across traditional party loyalties. All this volatility not only gives good reason to expect further shifts in support during the campaign but to also meet any confident predictions about the election result with a healthy dose of scepticism.

Understanding Decolonization in the 21st Century

The panel considers what decolonization means and how it can – or cannot – be practically applied in the fields of history, politics and international relations.

Brussels will find its much-vaunted heft in setting standards cannot help it advance its geopolitical interests.

Undercurrents: Episode 45 - Politics in Kazakhstan, and Youth Engagement in Politics

This week Ben explores the political outlook in Kazakshtan with colleagues from the Russia and Eurasia Programme, and discusses youth engagement as part of a new Chatham House project.

Explainer: Coronavirus – What You Need to Know

Centralization is Hobbling China’s Response to the Coronavirus

The sluggish early reaction by officials should not have come as a surprise.

In Next Round of EU Negotiations, Britain Faces Familiar Pitfalls

Despite being free of the constraints and the theatre of a hung parliament, there is a risk that over the coming year the British government repeats too many of the mistakes of the withdrawal negotiations.

The Killing of Qassem Soleimani: Implications for the Middle East

Chatham House experts consider the current crisis between Iran and the US and the relations between the two countries going forward.

Net Zero and Beyond: What Role for Bioenergy with Carbon Capture and Storage?

Policymakers are in danger of sleepwalking into ineffective carbon dioxide removal solutions in the quest to tackle climate change. This paper warns against overreliance on bioenergy with carbon capture and storage (BECCS).