The Environment Agency and Coal Authority has started work on Nent Haggs Mine Water Treatment Scheme to address a harmful legacy of the industrial revolution.

The River Nent is the second most metal polluted river in England with very high concentrations of cadmium, lead and zinc which are toxic to fish and the insects they feed on.

The Romans first dug lead out of the North Pennines but the peak of metal mining was in the 1800s. Although almost all the mines had been closed by the early 20th Century, they have since flooded and polluted water continues to pour out of the ground and will do so for hundreds of years without Government action.

The effect on water quality and aquatic life can be seen for 60km along the River South Tyne through Cumbria and Northumberland, with the metals ultimately accumulating in the River Tyne estuary sediments.

It’s estimated that cleaning up the river has the potential to add up to £44million to the local economy over the next 25 years, with additional economic benefits coming from significantly decreasing the amount of zinc which accumulates in the Tyne estuary sediments each year. 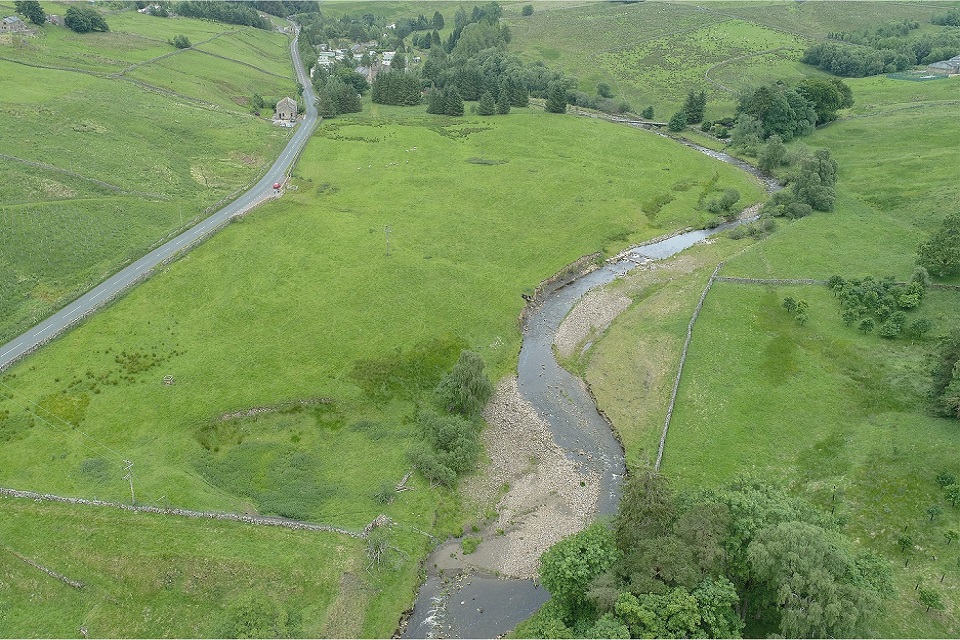 Aerial view of the River Nent

One of the most significant sources of pollution is the Haggs adit, an abandoned mine water drainage tunnel at Nentsberry. Around 3 tonnes of zinc alone is discharged by the Haggs adit into the river each year.

The Nent Haggs mine water treatment scheme will remove the metals from the mine water before they get into the river. The mine water will be captured where the water comes out of the mine in Nentsberry and pumped to the treatment site through a 2.5km long underground pipeline.

The metals will be removed by passing the mine water through three treatment ponds and a new wetland at West Foreshield before being put into the River Nent.

The project is expected to take around 2 years to build. The first phase of work between July and December will see construction of a pumping station, and the installation of the pipeline. The pumps will be housed in a new stone barn near Nentsberry, and associated improvements to the A689 surface water drains are expected to help solve some road flooding issues in this area.

The construction – carried out by I&H Brown - is being funded by the Department for Environment, Food and Rural Affairs (Defra) with a budget of £2.1million in financial year 2020/21. The development of the project is also supported by the North East Local Enterprise Partnership’s Local Growth Fund, part of the Northern Powerhouse Initiative.

Proposals for a second similar treatment scheme are being developed for the Caplecleugh adit near Nenthead to reduce pollution even further in the river, increasing the economic and environmental benefits.

And the Coal Authority and Environment Agency are working with the Tyne Rivers Trust which is starting work this summer on more green engineering interventions to reduce contaminated waste around disused metal mines from being eroded into and polluting rivers.

This project will have an immediate impact on water quality in the rivers Nent and South Tyne and in future, will help improve sediment quality in the Tyne estuary.

It will make a huge difference to the natural environment, boosting biodiversity right across the South Tyne river system, and will bring economic benefits, improving tourism and industry.

As well as the new mine water treatment scheme, we’re working with Tyne Rivers Trust which is using natural interventions to reduce the impact from spoil heaps.

Our rivers are the healthiest they’ve been for 20 years but further improvement is now hindered by longstanding chronic types of pollution. Therefore projects like this are playing an important role in ensuring future generations are able to enjoy our clean waters for years to come. 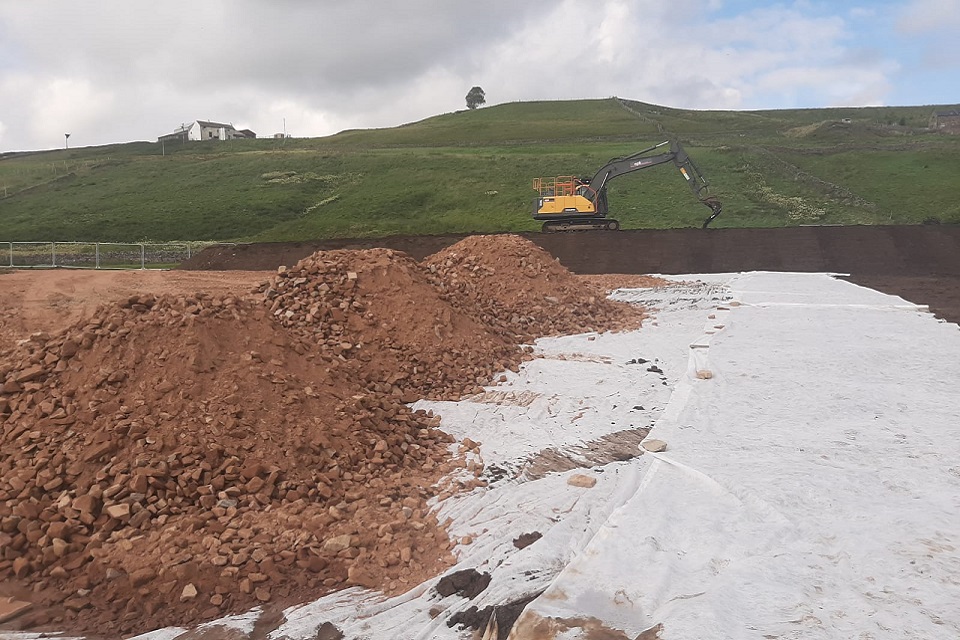 In addition to the work at Nent Haggs, Tyne Rivers Trust will be working with the Coal Authority and Environment Agency to tackle ten smaller sites that cumulatively pollute the rivers with large quantities of lead and zinc-contaminated sediments.

The Trust is using green engineering techniques to prevent sediments from abandoned spoil heaps being deposited in the rivers, particularly during periods of heavy rainfall. The long-term aim of this work is to establish vegetation on these slopes as this stabilises the sediments and ensures permanent prevention of contamination arising from the sites.

Lead and zinc mining forms a fascinating part of the history of the North Pennines and has left its mark on the landscape of the region through remarkable engineering and man-made structures, many of which are still present today. However, abandoned mine waste contaminates the rivers from the source, right down to the estuary, and can cause significant environmental damage.

We have identified ten sites that are major contributors to this pollution and are working with the Environment Agency and the Coal Authority to address them through green engineering. This includes using log barriers and biodegradeable matting to stabilise the slopes, preventing sediment from entering the river and encouraging vegetation growth, which will be a long-term solution to the issues. This way, we can preserve the history of the region, while cutting pollution off at the source and ensuring cleaner rivers for future generations to enjoy.

The work is part of the Water and Abandoned Metal Mines (WAMM) Programme which tackles water pollution caused by historical metal mining across England. Metal mines played a major part in Britain’s history, but abandoned mines now pollute our rivers, harm aquatic life and have an adverse impact on the economy.

The aim of WAMM is to create cleaner rivers for future generations, and encourage more wildlife, tourism and opportunities for industry which rely on clean rivers.

Having spent a number of years developing this scheme in collaboration with our partners at the Environment Agency and other local stakeholders we’re really pleased to see this project start on site.

The Nent Haggs project is a great example of collaborative working across government organisations. Bringing together expertise to develop, build and operate the Nent Haggs mine water treatment scheme that will protect and enhance the natural environment for our future generations and make a positive contribution to the government’s 25 year environment plan.

The Nent Haggs mine water treatment scheme is part of a wider four year programme of investment supported through the Local Growth Fund, and delivered in partnership with the Environment Agency and Defra. It’s great to see work has begun on this important project that will help deliver economic and environmental benefits for the River Tyne catchment for many years to come.

Residents can sign up to receive email updates about the Nent Haggs scheme at: https://www.gov.uk/government/collections/nent-haggs-mine-water-treatment-scheme-proposed

UK businesses now eligible to export beef to the USA

First four businesses are now officially listed as eligible to export UK beef to the USA.

A fund of up to £40 million that will create jobs in nature recovery and conservation opens today.

Trailblazing new government-backed scheme to benefit both people and wildlife in the Solent.

Beekeepers and members of the public were today asked to remain vigilant after an Asian hornet was spotted in the Gosport area of Hampshire.

Natural England has published licenses for areas that will undertake badger control operations in England this autumn.

Natural England has recorded the best year for hen harrier breeding in England since 2002.

The single-use carrier bag charge will be extended to all retailers and increased to 10p from April 2021 to further protect our oceans from plastic waste.