Journeys features reworked photographs of transport hubs, the Bahnhof in Zurich, and stations in Mumbai, as points of departure. In 2018, while traveling, Akshita Gandhi found inspiration in the idea of movement and change. By obstructing, or building, her path with layered paint and collages, Gandhi explores the complexities, contradictions but also the strengthening elements of journeying.

Through her work, Gandhi uniquely combines the concepts of reality, myth, and emotion using photographs as her visual reference. In ancient Indian mythology gods constantly interact with each other: Shiva destroys, Brahma creates, and Vishnu preserves. Journey XI reimagines veering from lust and desire to detach from worldly things, a concept deeply rooted for “Shaivites,” a sect who worship Shiva in Indian mythology. In contrast, reverberating, Painfully Concealed Silence portrays passion. At a time of large protests and civil unrest in India, post-coloniality, and intensity in her personal practice, Gandhi evokes both departure and arrival. 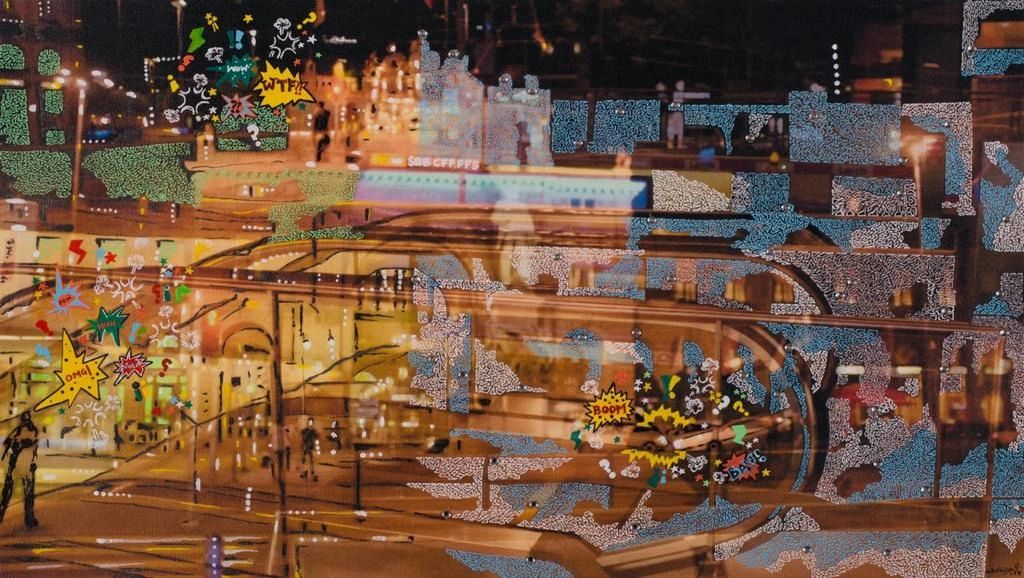 Your stairway to heaven, with open arms awaits.

Read the full Press Release and find out more