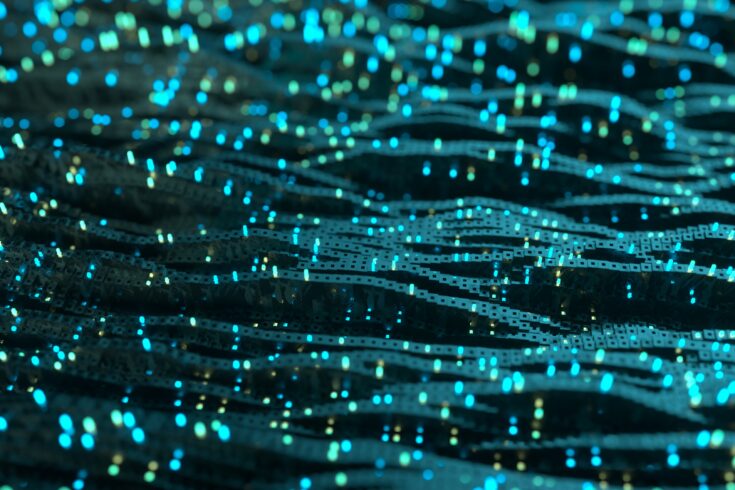 The projects announced today include:

This comes as the UK and the USA sign a joint statement of intent to boost collaboration on quantum technologies. This will help to realise the full potential of the technology and deepen ties between the two countries.

A quantum computing system that can model and predict the properties of drugs, leading to significantly faster and more efficient drug discovery, is one of 12 projects receiving a share of £50 million from UKRI’s £170 million Commercialising Quantum Technologies challenge.

Quantum is no longer a technology of the future but a technology of today. These projects illustrate how quantum is now making an impact in many areas and will soon influence almost every facet of our lives, from computing and data security, to infrastructure and utilities such as water and energy.

This government funding is already encouraging the private investment needed for the UK to turn its scientific lead in to an industrial one, creating jobs, exports and economic benefits.

Quantum computing technologies have the potential to revolutionise the power of computing across our economy and society: from speeding up the development of new drugs, to climate change monitoring to the way we send and receive information.

That’s why we are signing our UK and USA collaboration agreement on quantum technologies, and supporting these projects which demonstrate our continuing commitment to investing in this exciting area of research.

Other projects are focused on developing resilient quantum clocks to underpin critical services in:

A quantum leap in computing

Quantum computers have the potential to revolutionise computing. As well as being faster than conventional technology allows, the way they harness the properties of quantum mechanics enables them to solve very complex problems that existing computers cannot.

A good example is the QuPharma project, led by quantum computing company SEEQC and a consortium of partners, which uses a quantum computer alongside a classical supercomputer to model the properties of drugs. This will speed up drug development by a factor of 10.

This is critical for the safe rollout of hydrogen as a widely used energy source in domestic, industrial and transportation sectors.

The £50 million of funding announced today is part of UKRI’s £170 million Commercialising Quantum Technologies challenge, which has already awarded £103 million in grants over the last three years. This includes almost £8 million of grants awarded by the challenge earlier in 2021. Businesses supported by the programme have raised over £220 million investment since the programme began.

The aim of the Commercialising Quantum Technologies challenge is to encourage private investment and create economic and societal benefits through driving innovation across a range of sectors including automotive, healthcare, infrastructure, telecommunications, cybersecurity and defence.

A joint quantum statement of intent

The UK and the USA have signed a new joint statement of intent to boost collaboration on quantum science and technologies, helping to realise the full potential of the technology and deepen ties between the two countries.

The statement was signed today by:

The statement sets out shared priorities for continued cooperation between the two nations, including:

At present, much of this infrastructure relies on Global Navigation Satellite Systems (GNSS) for a stable clock signal, but these signals are easily disrupted and prolonged GNSS unavailability can lead to vast disruption to critical UK services and economy. The estimated cost of a five-day outage is £5.2 billion.

Many atomic clocks on the market now are too bulky or too expensive and are based on decades-old technology. This project will deliver a new generation of atomic clocks that will address these issues.

The aim is to develop a cryogenic chip for integrated qubit control and readout, manufactured in a standard CMOS foundry.

The autonomous quantum technologies (AutoQT) project, led by River Lane Research Ltd, has received £5.3 million to solve the problem of controlling qubits, the basic building blocks quantum computers need to work. Currently, controlling one or two qubits is the culmination of several years’ research and requires constant delicate attention. However, to be commercially useful, we need to reliably and easily control hundreds or even thousands.

This project will bring together industry leaders in the field of quantum computing to develop different types of qubits and test an intelligent qubit control system. This will involve the use of an artificial intelligence system designed to monitor and tweak the qubits, ensuring optimum performance without continual human input.

The calcium ion frequency standard (CIFS) project, led by TMD Technologies Ltd, has received £2.1 million to develop a highly accurate trapped ion quantum clock that is much smaller, lighter, more portable and more rugged than current designs. This will make it a much more useable product for many systems and should open up a market for advanced timing devices with a wide range of applications.

Universal Quantum Ltd, will work in collaboration with:

The aim is to develop a more robust quantum computing platform that is more accurate and less reliant on cryogenic cooling. Working with Rolls Royce the project will apply the novel computer to key problems in the aerospace industry.

The HYDRI consortium’s HYDrogen sensoR for Industry project, led by BP, has received £2.5 million. The aim is to develop quantum gas sensors critical for the safe rollout of hydrogen as a widely used energy source in domestic, industrial and transportation sectors.

The quantum enhanced computing platform for pharmaceutical R&D (QuPharma) project, led by SEEQC UK, has received £4.7 million to revolutionise the drug discovery process by using quantum computing. The aim is to increase the speed and accuracy of drug discovery.

Currently, supercomputers are used to predict and model the effect drugs reducing need for testing. But this is very difficult task, even for the most powerful supercomputer. More than half of the few drugs that enter the phase of human trials, do not get approval for commercial use, with all the effort going to waste.

SEEQC UK will collaborate on the project with:

The quantum data centre of the future

ORCA Computing Ltd will research how quantum computing can integrate with the data centres that currently underpin and drive the digital economy.

These data centres are huge system of systems, comprising thousands of components coming from a diverse, global supply chain. To account for the growing amount and complexity of data that needs to be processed these systems are becoming more complex, and quantum systems can help manage and secure this complexity.

Towards a quantum enabled cloud

Arqit will lead this project to support the development of quantum-safe encryption technologies for satellite-based communication networks, helping to ensure robust data security in the long term.

£2.7 million is going to the Sonardyne International-led Underwater single photon imaging system project. It will  use photon detection to create high-resolution 3D maps of the sea floor, supporting:

Quantum photonic detection technologies can offer a step change in the resolution, accuracy, coverage, and speed of generation of these maps compared to existing acoustic or traditional imaging solutions.

£3.1 million is going to the UpScale project. It will bring together five commercial partners, led by Fraunhofer UK Research Ltd, to develop scalable quantum computing technologies that could revolutionise many industries with applications ranging from drug discovery to supply chain management.