Antibiotics should be restricted for COPD

Healthcare professionals should consider the risk of antimicrobial resistance when deciding whether antibiotics are needed for treating or preventing a flare up of symptoms of chronic obstructive pulmonary disease (COPD). 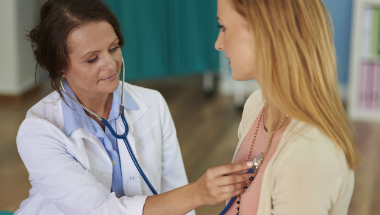 These draft recommendations come as NICE publishes draft antimicrobial prescribing guidance and a separate update to its 2010 clinical guideline on diagnosing and managing COPD in over 16s.

The draft antimicrobial guidance recommends that antibiotics should be offered to people who have a severe flare up of symptoms, also known as a severe acute exacerbation.

However other factors should be taken into account when considering the use of antibiotics for treating an acute exacerbation that is not severe, such as the number and severity of symptoms.

Professor Mark Baker, director of the centre for guidelines at NICE said: “The evidence shows that there are limited benefits of using antibiotics for managing acute exacerbations of COPD and that it is important other options are taken into account before antibiotics are prescribed.

“The new guideline will help healthcare professionals make responsible prescribing decisions to not only help people manage their condition but also reduce the risk of resistant infections.”

The other draft clinical guideline update, published yesterday, states when to use antibiotics to prevent exacerbations happening in the first place (antibiotic prophylaxis). It recommends that antibiotics used in this way should only be offered to people who are most likely to benefit from them.

Dr Andrew Molyneux, Chair of the COPD update committee, says: “COPD is a common and life-threatening illness, causing 115,000 admissions to hospital every year. For some people who have frequent exacerbations, prophylactic antibiotics can help to reduce the frequency of exacerbations and admissions to hospital. However, the benefits of prophylactic antibiotics needs to be balanced against the potential for more antibiotic resistance.”

COPD is a broad term that covers several lung conditions that make breathing difficult. Some people experience flare-ups where their symptoms are particularly severe, these are called exacerbations.

COPD affects approximately 3 million people in the UK, 2 million of which are undiagnosed.

NICE is advising doctors, nurses and pharmacists to discuss with patients the risks of prescribing them medicines including opioids, sleeping pills and antidepressants.

NICE and the Centre for Homelessness Impact (CHI) have jointly published a new draft guideline to increase the access people experiencing homelessness have to health and social care services and improve their health outcomes.

NICE has updated its managing COVID-19 guideline to include new recommendations on using monoclonal antibodies to treat COVID-19 patients in hospital.

Hundreds of people will be eligible for a new treatment for sickle cell disease following draft guidance published today (5 October).

Around 130 people per year with untreated locally advanced or metastatic urothelial cancer will be eligible for a new life-extending treatment after NICE published final draft guidance yesterday (30 September 2021) recommending atezolizumab.

The roundtable meeting to discuss the updated guideline on the diagnosis and management of ME/CFS will be held on October 18th in London. It is being convened after publication of the guideline was paused when issues were raised by some professional groups during the pre-publication period

All managers should be given the skills to support employees with mental health issues, NICE and PHE have said in new guidance.

NICE yesterday (9 September 2021) published final draft guidance which recommends tofacitinib (also known as Xeljanz and made by Pfizer) as an option for treating active polyarticular juvenile arthritis and juvenile psoriatic arthritis in people 2 years and older.