The Sun Military Awards – otherwise known as the Millies - have recognised incredible acts of heroism and resilience within the Armed Forces for the twelfth year running at a red-carpet ceremony at London’s Banqueting House.

The crew of HMS Argyll won the Hero Overseas – Unit award for saving the lives of 27 sailors from a huge fire onboard a large cargo ship in the Bay of Biscay during their return from deployment.

Prime Minister Boris Johnson attended and presented the Hero at Home - Unit award to 18 and 27 Squadron Royal Air Force for their dedication to the recovery effort during flooding in Lincolnshire and their work to reinforce the dam at Whaley Bridge. 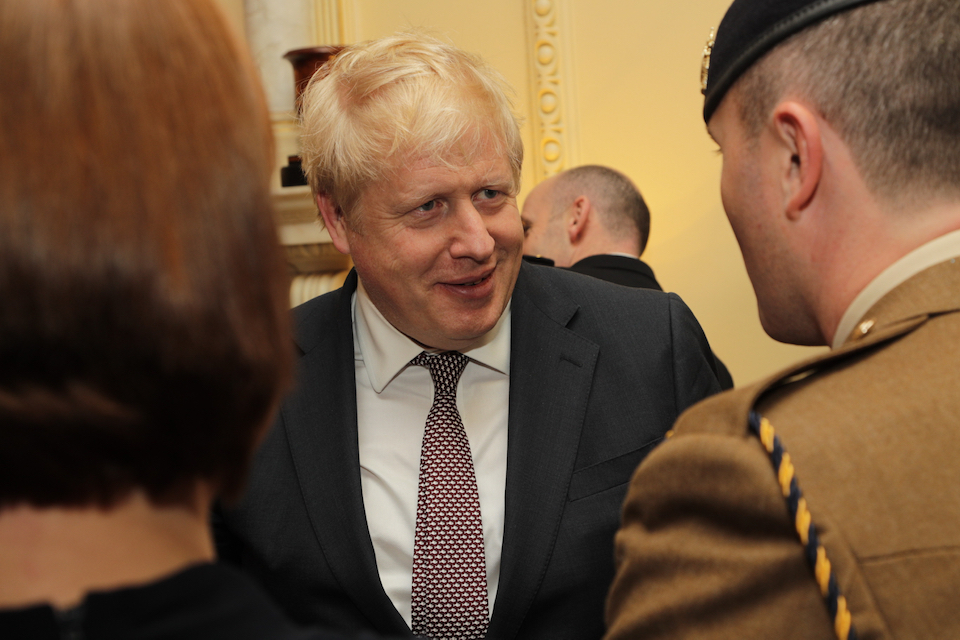 Defence Secretary Ben Wallace, who met the nominees at a reception at 10 Downing Street before attending the awards show, recently said:

Our Armed Forces serve with expertise, dedication and resilience and are the best in the world. The Sun Military Awards allow us to celebrate the brilliance of our Armed Forces and reward examples of extraordinary service. Congratulations to all the nominees and winners and thank you to The Sun and BAE Systems for organising this wonderful event.

The Judges’ Special Award was awarded to The Royal British Legion’s Veteran’s Ship which took 300 Second World War veterans on a moving voyage to the official D-Day 75th anniversary commemorations in the UK and France. 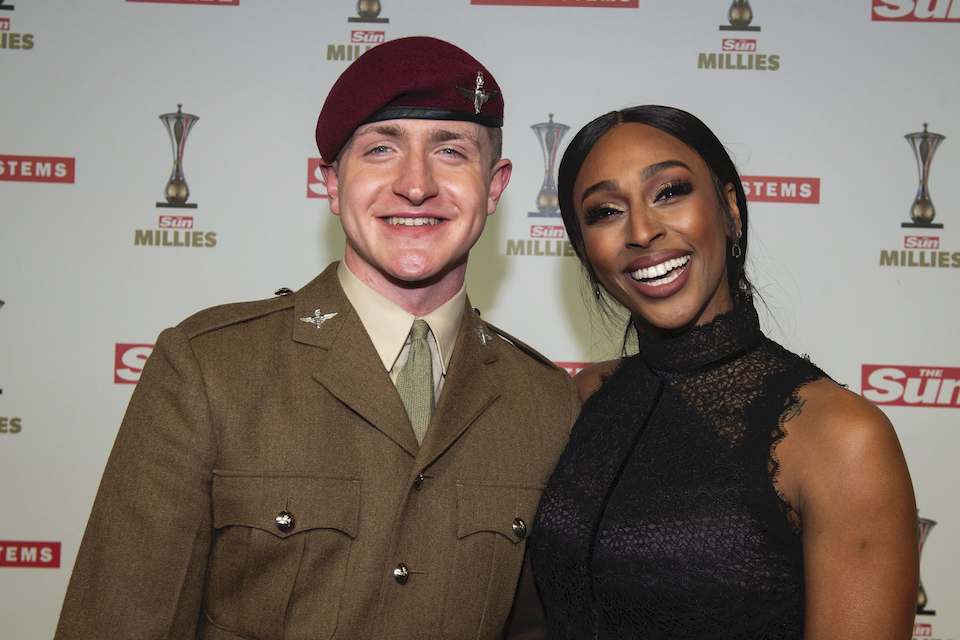 Pte Fin Doherty, who won the Inspiring Others award, stands with Alexandra Burke on the red carpet

Famous faces from the worlds of film, music and sport attended the ceremony and were on hand to present the awards to the winners, including armed forces supporters Ross Kemp and Baroness Karren Brady and sports stars Mark Foster and Rebecca Adlington. Music stars Liam Payne and Alexandra Burke also attended to show their support.

The winners of The Sun Military Awards are:

Lance Corporal Craig Daniels – for saving the life of a fellow soldier who was hit by a lorry close to Catterick Garrison.

18 and 27 Squadron, Royal Air Force – for their work aiding the recovery effort during flooding in Lincolnshire and reinforcing the dam at Whaley Bridge.

Flight Lieutenant Aaron Kerry – for leading a mission to recover a platoon of French paratroopers in territory with known Daesh activity in Mali.

HMS Argyll – for saving 27 sailors from a huge fire onboard a large cargo ship in the Bay of Biscay.

Lieutenant Commander Tracy MacSephney – for developing a product that transformed the way the UK Armed Forces protect merchant shipping in the Gulf.

Private Fin Doherty – for successfully passing out at Army Foundation College Harrogate and being awarded Junior Regimental Sergeant Major, honouring his brother who was killed in Afghanistan.

Craig Monaghan – for his work in helping veterans to transition to civilian life and becoming the first soldier wounded in Afghanistan to represent his country in Rugby Union.

The Scar Free Foundation – for funding and carrying out research which aims to minimise the impact of scarring and limb loss among injured Armed Forces personnel.

Support to the Armed Forces

All Call Signs – for providing a vital service that has supported over 500 veterans and service personnel to date, offering a peer-to-peer messaging app to help find veterans who have gone missing.

The most supportive organisations for Britain’s Armed Forces such as Microsoft Ltd, Greater Manchester Police and the Post Office from both the private and public sectors were announced yesterday, 30 July 2020.

Office for Veterans' Affairs marks one year since creation

An opinion piece from Johnny Mercer, Minister for Defence People and Veterans, to mark one year since the establishment of the Office for Veterans' Affairs. The article was originally published by the Telegraph.

UK troops deploying to the United Nations Peacekeeping operation in Mali have reached a significant training milestone in preparation for their mission, which starts in December 2020.

Maximising talent through diversity and inclusion

Chiefs of Staff across defence have written a letter setting out their collective commitment to improve diversity and inclusion.

Facilities to house the Poseidon MRA Mk1 fleet have been handed over to Defence Equipment and Support (DE&S), marking a major milestone in the Poseidon programme.