Criminal barristers will receive a 15 percent fee rise from the end of September, the government has confirmed today (30 June 2022).

It follows the recommendation made in an independent review of the criminal legal aid system and will see the typical criminal barrister earn £7,000 more a year.

Criminal solicitors will also receive a 15 percent increase for their work in police stations and magistrates’ and youth courts, with further multi-million-pound reforms to solicitors’ pay still under consideration.

The fee increase is being fast-tracked with the legislation required being laid in July so that legal professionals begin to see the pay rise before the end of 2022.

The remaining proposals in the recent consultation on criminal legal aid will be responded to later this year, with potential further increases for solicitors and other legal professionals as part of longer-term reforms, with £20 million set aside for this work.

Our energetic efforts to tackle the courts backlog are working but the strike action by criminal barristers threatens all that progress, despite the very generous pay offer on the table.

The typical criminal barrister will earn an extra £7,000 a year from September, so I urge the Criminal Bar Association to accept this offer to stop victims having to wait longer for justice.

The confirmed 15 percent rise is on top of up to £74 million extra allocated to criminal legal aid per year over the last 4 years that is increasingly reaching barristers and solicitors as more of the cases outstanding from the pandemic are concluded.

The proposal to increase investment in criminal legal aid by £135 million a year is the biggest rise in a decade and raises taxpayer spending on it to a record £1.2 billion.

The government is investing £477 million into the justice system to reduce backlogs in the courts caused by the pandemic and has also removed the cap on how many days courts can sit for a second year. The investment means more trials can take place and the same decision last year meant that nearly 17,000 more days were sat in the Crown Court than the year prior to the pandemic.

Video technology has been rolled out to over 70 percent of all courtrooms and 3,265 virtual court rooms have been opened so that more hearings can take place.

Since May, magistrates have been able to sentence offenders to up to a year in prison, doubling their previous powers, helping to free up an estimated 1,700 extra sitting days of Crown Court time each year. 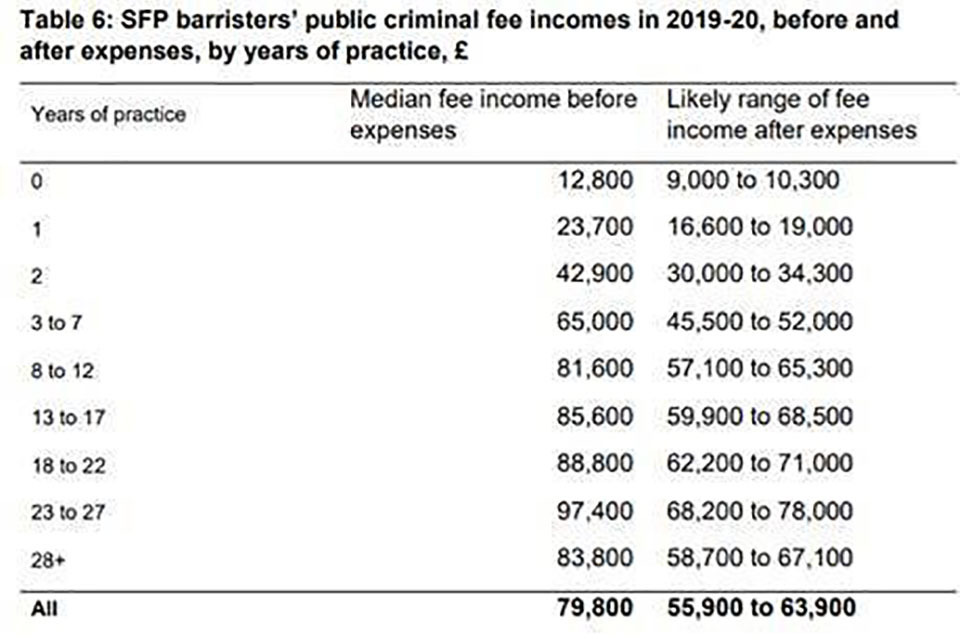 Latest News from
Ministry of Justice

Implementation of the Marriage and Civil Partnership (Minimum Age) Act 2022

The Marriage and Civil Partnership (Minimum Age) Act 2022 received Royal Assent in April this year. It is planned to come into effect on Monday 27 February 2023.

Prisoners are to be upskilled in cutting-edge farming techniques as the government continues to get offenders into work and cut crime.

Our Peoples’ Experience -The Beating Heart of Our Strategy

Building work on Britain’s newest ‘smart’ prison will start this autumn – delivering over 1,400 modern places to get more offenders into jobs and away from crime.

The digital transformation of the UK’s legal sector is to be backed by a significant uplift in government funding – keeping it at the global forefront of innovation.

Construction is under way at the country’s first secure school – a brand new custodial facility for young people with education at its heart and helping to turn young offenders away from a life of crime.

Crown Court sentencing remarks to be broadcast for first time

Broadcast news channels will air judges’ sentencing remarks from the Crown Court for the first time tomorrow (28 July), following a change in the law.

Individuals and businesses would be helped to resolve legal disputes through free mediation under government proposals unveiled yesterday (26 July).